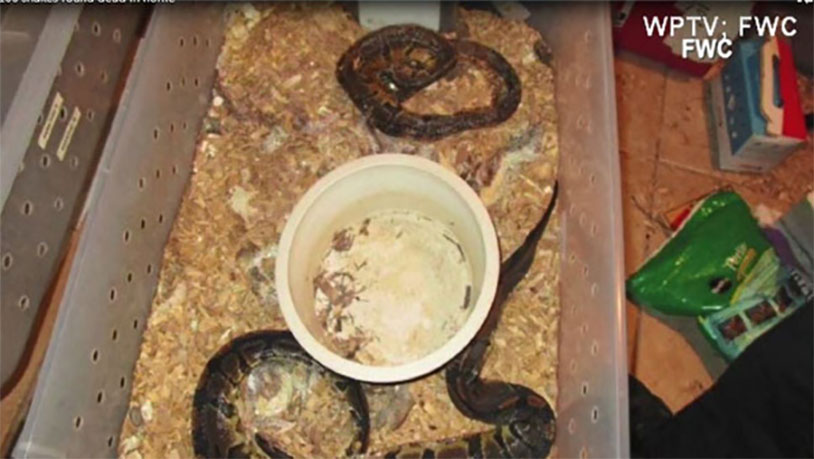 Oh, Florida. You never cease to amaze us. The latest bizarre story out of the Sunshine State involves a disturbed woman, a filthy house and a hundred dead ball pythons.

WFLA has the full report on the case, which will make you cringe. Police took a Jupiter, Florida woman in for a psychological evaluation in mid-February. That evaluation led to a court charge for animal abandonment, and the police report from her domicile backs that up

The woman’s home was in a state of intense disrepair, with animal feces in every room. Between 30 and 40 plastic bins were recorded, each one holding two to four dead snakes. A single pair of live ball pythons was found in an aquarium and taken into custody as well.

It’s hard to say exactly what the woman thought she was doing, but signs point to amateur snake breeding to sell the animals to pet stores under the table. While people have made money doing that in the past, it’s a risky proposition.

Also found on the premises and removed were two dogs, two red-footed tortoises and two parakeets.

The woman is due in court April 12th to explain what the hell was going on and face charges.