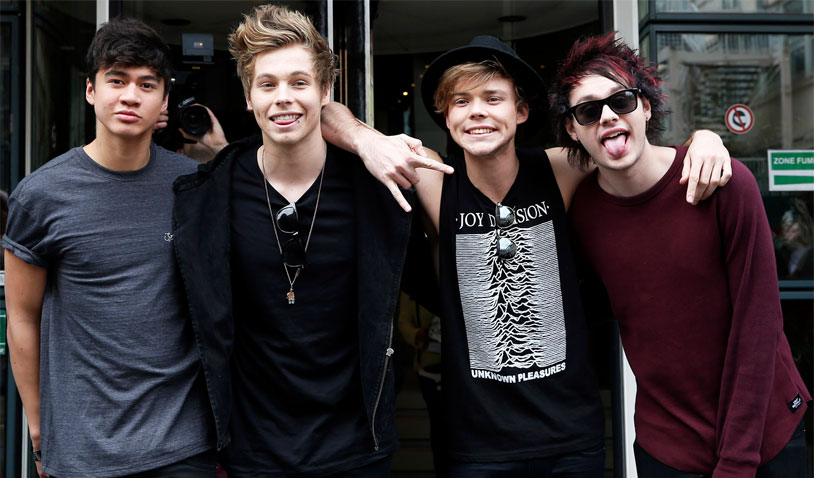 We can’t say we’re big fans of Australian pop-punk band 5 Seconds Of Summer – typically if you tour with One Direction you’re not going to be the kind of thing we listen to. But we have to give props to these kids, because they’re repping balls in a big way.

The guys recently sat down with Shazam Top 20, which is some kind of Australian counting down the hits program, and when guitarist Michael Clifford was asked about a recent stage accident in which pyro went off while he was standing over it, things took a hilariously weird turn.

The interviewer asked Clifford: “You are the bravest guy ever…Spider-Man got bitten by a spider, ‘oh that sucks,’ but then he got a superpower. Do you now have a superpower?”

He was about to answer when drummer Ashton Irwin spoiled his secret, telling the world that Hemmings has “super huge balls.”

The 5 Seconds Of Summer guitarist clarified, stating “It was the ability to have the largest balls on the planet. Now the fire has increased it. It happened instantly. My pants split on stage and I had to run off.”

Despite pleading from the interviewer, Hemmings refused to drop trou and get his giant balls out for inspection. We’ll just have to take his word for it.