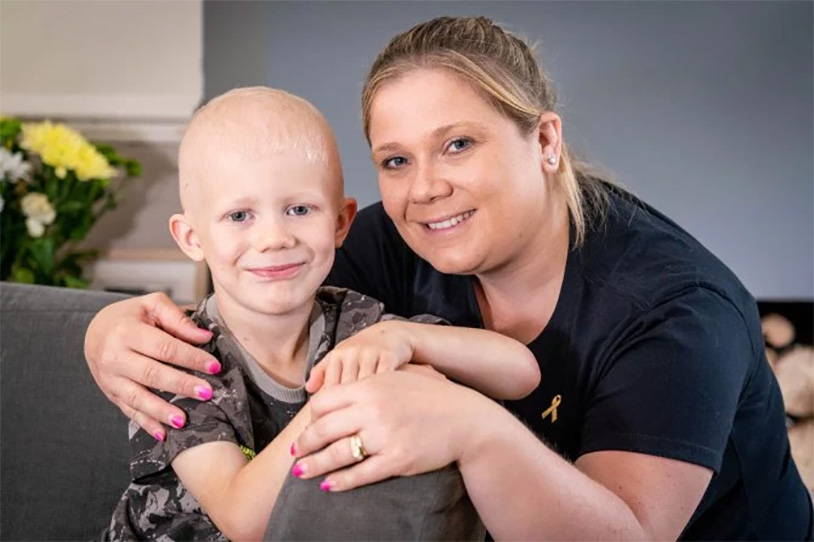 In most cases, testicular cancer strikes in young men after puberty. But in certain circumstances it can strike even earlier, as when a young boy was recently diagnosed with a rare form of soft tissue cancer.

Jake Barksby’s mother Nicole was bathing her young son when she noticed that one of his testicles had swollen to an unusual size. Using that incredible perspicacity of a mother, she realized that this was something she should talk to a doctor about. There are a number of things that can happen to a young man’s groin that can cause size changes, including testicular torsion, hernias and infections, so it’s always good to have an official diagnosis.

Nicole Barksby didn’t even have cancer on that list, so she was shocked when her doctor told her that Jake had paratesticular rhabdomyosarcoma, a rare soft tissue tumor, on his testicle. He was immediately scheduled for surgery and a week later had the entire ball removed.

“Within the space of the first month a lot has happened. It was such a huge shock as I almost thought he had not got a right testicle as the other one was quite big. With Jake there was no pain or illness it was just the size. You do not expect it at all. It’s hard to expect it in adults let alone a six-year-old boy,” his mom said.

The discovery of another lump in his stomach panicked the Barksby family, but that one was diagnosed to be benign and removed.