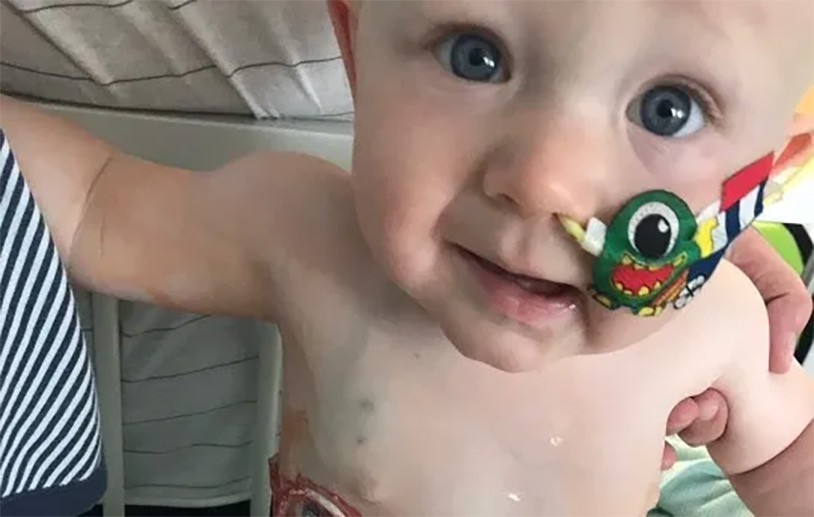 While testicular cancer may be the most common form of the disease in young men post-puberty, it has been known to strike even younger males from time to time. This latest case is one of the earliest we’ve ever read about, as the young man struggling with cancer is an infant that hasn’t even celebrated his first birthday.

Our young fellow is named Freddie Burgess-Shardlow, and his doting parents took him to the doctor right away after they noticed an odd lump in his scrotum. His two mothers, Emma Burgess and Katie Woodward, initially thought it was just a hernia, which is quite common in little kids. Doctors at the Pilgrim Hospital in Boston referred them to the Queen‘s Medical Centre in Nottingham, who diagnosed it as a hydrocele and advised them to come back in 9 months if it hadn’t gone down.

That diagnosis was inaccurate – the lump in the infant’s scrotum was actually an etectomesenchymoma, a rare fast-growing type of tumor that shows up primarily in the nervous system but can also grow in the balls. In June, he went back in for a scan and was taken to surgery where the mass and one of his testicles were removed. He then endured nine rounds of chemotherapy to ensure that no remnant of cancer cells were still in his system.

His parents and family are using Freddie’s cause to raise money for local cancer relief charities.

Read more at the Wellston Journal.