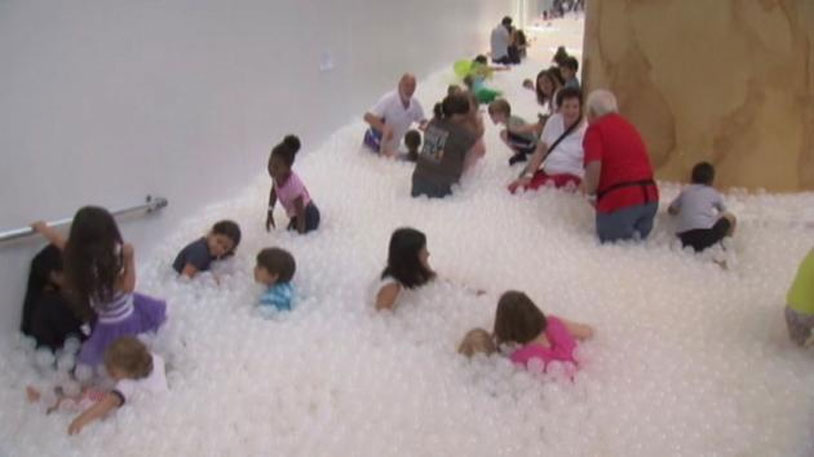 Are you in the nation’s capital this summer? Do you love balls? We know the answer to one of those questions already.

The National Building Museum in Washington D.C. just opened its new attraction – an enormous ball pit filled with 750,000 small, transparent beach balls. Where they got three quarters of a million balls is a mystery to us, but they did. The installation is supposed to be an “indoor beach” where city dwellers can spread out over 10,000 square feet and romp in simulated surf, relax under beach umbrellas and make castles out of fake sand.

We don’t know a lot about art, but the whole enterprise seems more than a little ridiculous here at the Ball Report. Museum Executive Director Chase Rynd defended the artificial beach, saying “This is all about possibilities. As human beings when we put our minds to it we think of really fascinating things and we actually create them.”

One unintentional side effect of the installation is a booming business at the museum’s Lost and Found. Several cell phones have been lost in the enormous ball pit, as well as at least one wedding ring. And that’s not mentioning the tons of loose change that fall out of pockets to the “ocean floor” every day. If you have sanitary concerns (as you should), know that the pit is cleaned once a day with antiseptic cleaning solution.

Admission to the museum is $16. Learn more at their website. BEACH will be open to the public until September 7.