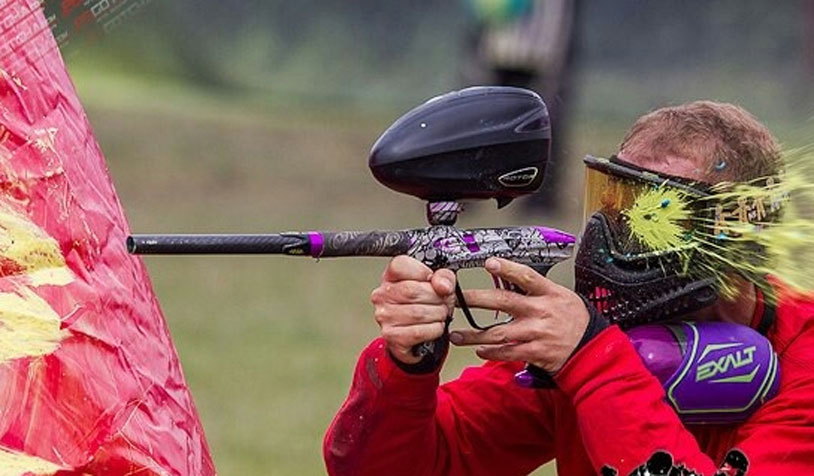 It’s dangerous out there on those mean streets, and if you’re a resident of Kansas City, Missouri it’s also a little messy. Residents of that town have found themselves in the middle of an unusual non-lethal conflict, as teens armed with paintball guns are using them and their homes as target practice.

Fox 4 KC has a report of nearly a half-dozen paintball shootings, scattered across the Kansas City metro area. Although paintballs are non-lethal, they can certainly pack a sting, especially if they hit bare flesh. One elderly man was taken to the hospital after taking fire on Park Avenue. Residents also worry that a stray shot could hit a target in the eye, which can cause long-term damage. 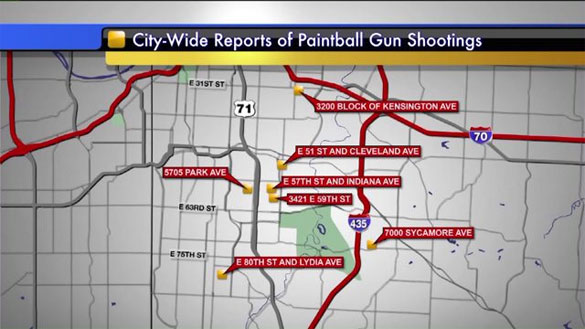 These shootings have happened all over the city – a group of people were blasted at a bus stop, on their front porch, and just walking down the street. The one common element is the car the assailants were driving – a gold Chrysler convertible.

There doesn’t seem to be any visible pattern to the attacks, and police haven’t identified any suspects. The general theory that they are working with is that several groups of teenagers are engaged in street warfare with paintball guns, and the innocent victims are either caught in the crossfire or being used as practice for the real conflict. Whatever the cause, it’s a serious abuse of paintballs.

If you have any information on the perpetrators of these attacks, contact CrimeStoppers at (816) 474-TIPS.