A Pile Of Steel Balls Went Crazy Down A Seattle Street 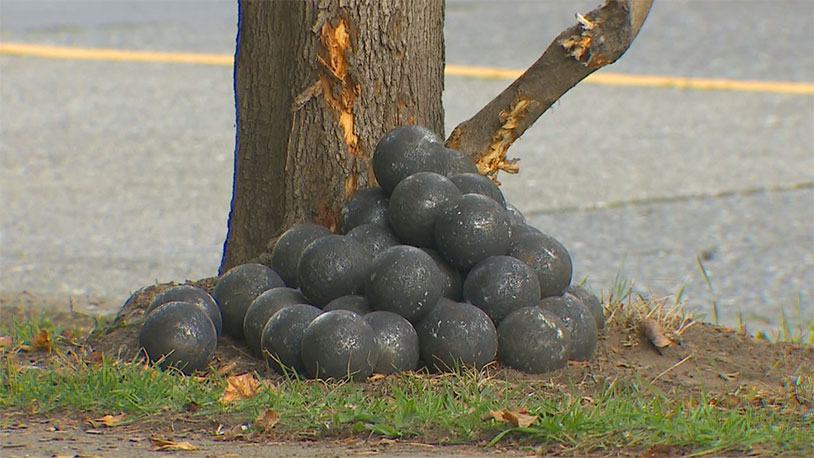 Seattle is a funny town that has seen a lot of strange things happen, but a cascade of heavy steel balls rolling freely down the street is a new one. The incident happened in the Genesee area of West Seattle, a part of town separated from the rest by the Duwamish River. Residents were shocked when a loud clatter erupted and looked outside, one with phone in hand to record the events.

What they saw was shocking – a few hundred fist-sized steel balls tearing down a hill, only stopping when they crashed into parked cars or other property.

The cause of it was a truck driver moving a shipment of industrial grinding balls without securing them properly. I’m from that neighborhood, and a big chunk of it is build on a very steep slope overlooking the harbor. If you take a wrong turn – as this driver did – it’s easy to lose control. Throw in a couple hundred loose metal balls and you have a recipe for pure chaos.

Here’s video from a guy on the scene:

The Seattle Police Department cited the driver for an unsecured load and fined him $136, although he and his company could also still be liable for civil suits if the owners of the ball-damaged cars decide to take them to court.