A Testicle Grab Saves A Man’s Life In Hajj Stampede 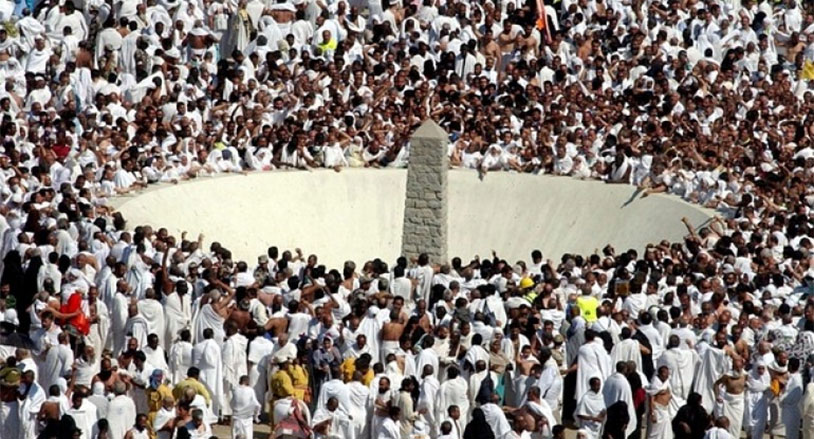 Religion can be a powerful thing. It can inspire human beings to great good, as well as the other direction. The world was shocked on Thursday when an annual Islamic ritual turned deadly during the massive Hajj stampede.

The Hajj is a yearly Muslim holiday where pilgrims converge on Mecca to perform a number of duties that re-affirm their devotion to their faith. Every Muslim man must perform the Hajj at least once in their lives, and typically it’s a peaceful and joyous occasion.

This year, things went horribly wrong. During one of the rituals, two huge groups of pilgrims converged at right angles to each other, packing far too many people into a tight space. The crowds started to panic, creating a vortex of humanity that, once it dispersed, would leave at least 1,100 people dead and hundreds more injured.

One man found his way out of the crush of humanity alive by employing an unorthodox technique: he grabbed some balls. Nigerian Hamza Musa Kabir wound up at the bottom of a huge pile of people, and to give himself more room to move he decided to remove his clothing so it wouldn’t get tangled up in anything. He saw a fellow Nigerian pilgrim standing atop a fence and reaching an arm down to give him aid, but Kabir discovered that he could not move, as he was trapped beneath another struggling Muslim.

With no ability to convince the man to move out of the way and let him pass, Kabir took desperate measures: he reached under the dude’s shroud and grabbed his gonads, giving them a powerful squeeze until he jumped away. That let Kabir free his other hand and reach for the man on the fence, who pulled him to safety away from the Hajj stampede.

Obviously we don’t condone wanton ball-grabbing as a solution for every problem, but if you find yourself in a life or death scenario, go for it. We’ll forgive you.