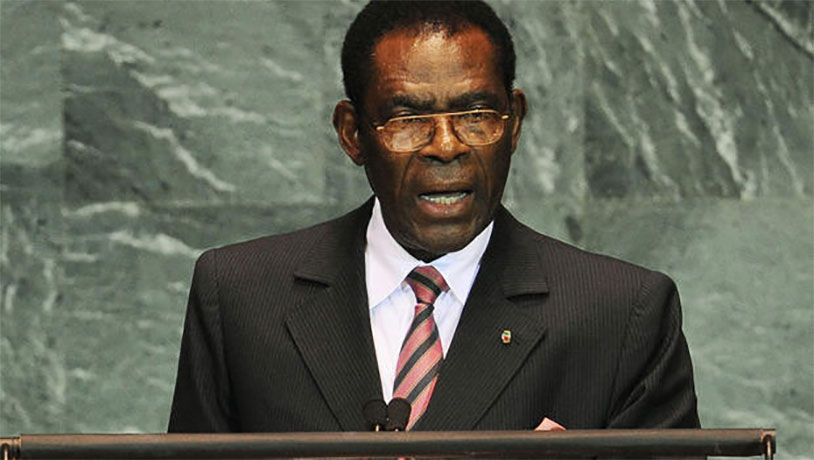 As bad as politics are in the United States right now, they’re way worse in other parts of the world. At least our President doesn’t eat the testicles of his political enemies like the dictator of Equatorial Guinea, Teodoro Obiang Nguema. A recent report alleges that Nguema’s reign has been one of the most brutal on Earth.

The dictator took office in 1979 after overthrowing his uncle, Francisco Macías Nguema, the country’s first democratically elected president. The coup happened as a result of Macias’s many despotic acts, including the massacre of the Bubi people. He was given 101 death sentences by firing squad, and Teodoro took office on a wave of reform, promising to end the atrocities perpetrated by his uncle, dismantle the country’s forced labor system, and more.

He did that, which is good, but power corrupts and absolute power corrupts absolutely. It wasn’t long before the newly-minted dictator was dubbed the “torturer-in-chief” by his foes, who claim that he has opponents kidnapped and murdered, then eats their brains and testicles to gain supernatural power.

While it seems insane that in 2016 people still think that you can practice witchcraft by chomping down on another man’s nuts, much of the population of Equatorial Guinea lives in poverty while Nguema commands a personal wealth of more than half a billion dollars. He also has transferred many state-owned assets into his own name.

The Daily Mirror has the whole story. It’s a chilling portrait of a man without any tempering forces to keep him from indulging all of his worst desires, and hopefully his country will be able to survive Nguema’s reign.