After Dodging Doctors For Decades, Man Has Rotting Scrotum Removed 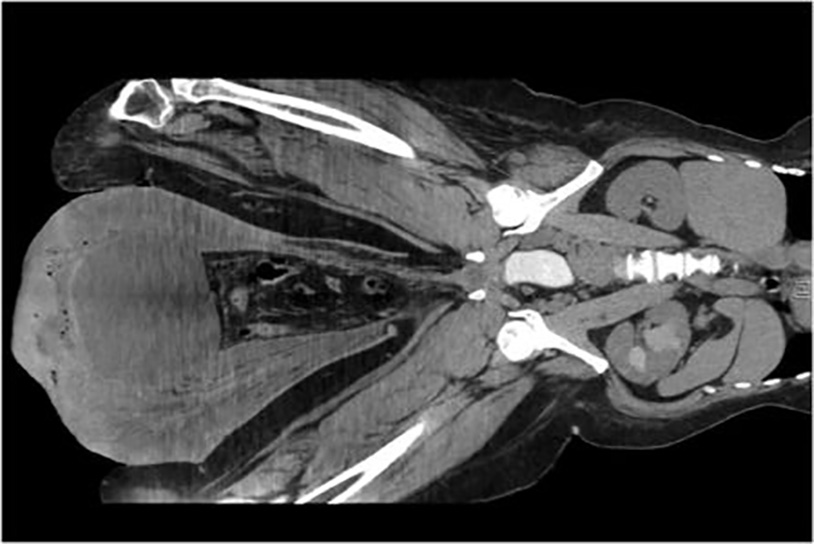 What’s our mantra here at the Ball Report? If you notice anything out of the ordinary down there, no matter how insignificant it seems to be, get yourself to a doctor and check it out. We only wish this guy in Panama had been a reader of the site instead of spending the last 30 years of his life avoiding doctors so he wouldn’t have treatment on his rotting scrotum.

The patient was admitted to the hospital with a fever of 102.2° and an extremely elevated heart rate. Initial examinations revealed that the skin around his leg and scrotum was swollen and unusually thick, and his ballsack itself featured two open wounds. They took X-rays which showed a massive hernia in his abdomen that contained a chunk of his colon, as well as titanic amounts of accumulated fluid rotting away in his scrotum.

He was rushed to the operating room, where surgeons began cutting away his necrotic flesh, some of which had begun to liquefy. They performed hours of operations to take care of the chaos below the belt, including plastic surgery to repair the appearance of his genitals. Although doctors don’t know the initial cause of his nightmare, they believe it might be lymphatic filariasis, spread by parasitic roundworms carried by mosquitoes.