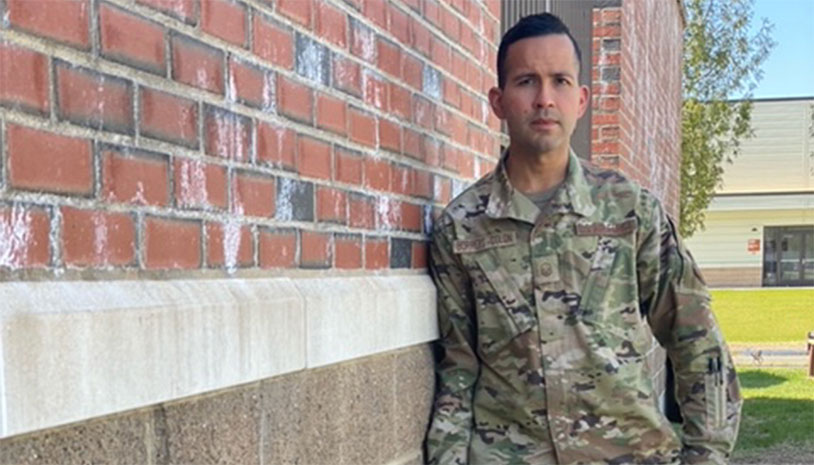 The inequities in the American healthcare system have been thoroughly documented. In one of the richest countries in the world, it’s nearly criminal that more than half of bankruptcies are triggered by health care debt. Even the people we ask to put their lives on the line for our safety sometimes can’t get the treatment they need, as illustrated in this story about an Air Force officer who struggled with infertility and had to get a second job at Starbucks to get the money to deal with it.

Christian Borrero-Colon found it strange that he was unable to get his wife pregnant, despite being healthy and having normal sexual function. A medical examination found that he suffered from non-obstructive azoospermia, meaning that one of his balls hadn’t dropped and he wasn’t producing enough sperm. But his Air Force healthcare wouldn’t pay for a surgical solution to the issue, leaving him in limbo.

In a truly American story, Borrero-Colon learned that if he got a part-time job at Starbucks the company would give him medical benefits. So in his off hours from the Air Force, he became a barista.

“For almost two years I worked an average of 20 hours a week, which took a toll on my everyday life in order to achieve my dream of becoming a father,” he said. “There were times when I was working at Starbucks where I was just physically exhausted and didn’t think I could keep that up for an extended period of time.”

Thankfully, his plan worked and Borrero-Colon and his wife welcomed son Owen soon after, but it’s a pretty grim story.