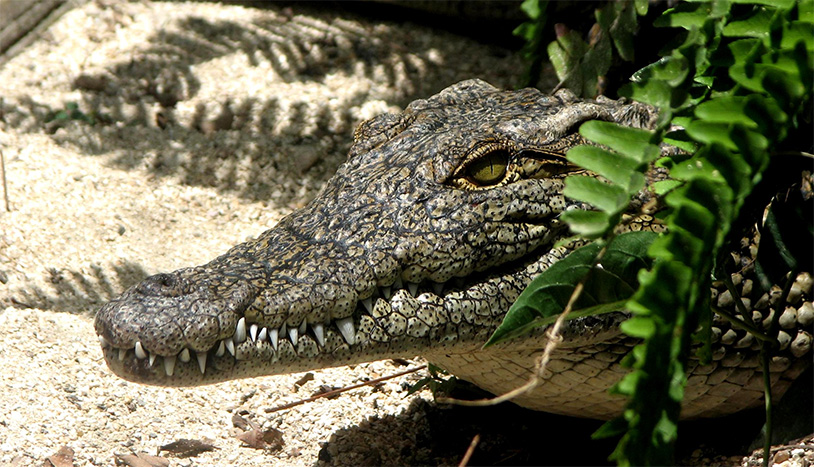 Getting the attention of an alligator isn’t something you want to do unless you’re very well prepared, and a homeless man in Florida (of course it was Florida) learned that the hard way. The Port Charlotte man, identified as Fredric Iman, was taking a dip in a small local pond to clean off the funk of living on the streets. This wasn’t an unusual occurrence for Iman, who regularly bathes there.

Unfortunately, this time the pool was occupied. An alligator was under the water, silently observing him as he washed off. When the time came, the massive reptile struck, clamping down on his body. Iman pivoted and started to lash out wildly, punching the creature in the eye – one of the few spots on an alligator’s body that can be harmed by naked human skin.

Whatever he did, it worked, as the homeless man was able to extricate himself from the gator’s jaws and get to a nearby surgery center. From there, he was stabilized and airlifted to Lee Memorial Hospital, where doctors determined he’d lost two toes, his left index finger, and one of his testicles.

KXAN has the whole story. We wish Iman a speedy recovery and hope he gets back on his feet soon. He plans to return to his homeless lifestyle.