Amir Khan Walked Away From A Fight After A Low Blow 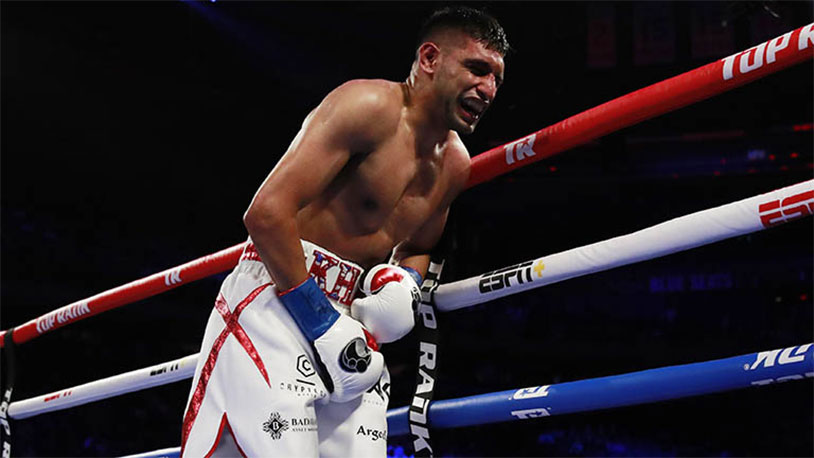 One of the most basic rules of professional boxing is “keep it above the waist.” A powerful punch to the groin is enough to put even the toughest man down for the count, and strikes below the belt are met with extremely harsh rebukes from referees. So when Amir Khan faced off with WBO Welterweight champion Terence Crawford on Saturday night, it was pretty shocking to see the champ blast him low.

It was obvious to onlookers and referees that Crawford didn’t intend to land a blow on Khan’s inner thigh and groin area. The punch was intended to be an uppercut to the midsection, but in the chaos of the match it connected before either man expected it to. The ref got in the middle and Amir Khan was given a moment to breathe it out, but his decision after that has boxing fans infuriated.

Instead of continuing the fight – which most observers believe he was in fine shape to do – Khan decided to leave the ring and forfeit. That’s not a good look for any boxer, especially one of his stature. The rules dictate that he had as long as five uninterrupted minutes to rest and restore himself before returning to action, but instead of taking them Khan disappointed fightgoers by quitting. We’re not trying to minimize the pain of a hard blow to the nuts, but the general consensus is that Amir Khan was losing the fight anyway and used the low blow as a way to minimize any further humiliation.