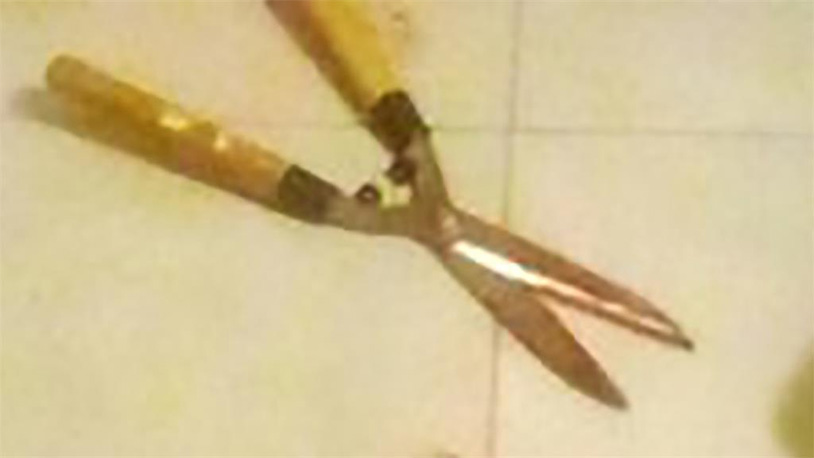 The man in question is named Sergio Fernandez. He was married, but carrying on an affair with a younger woman named Brenda Barattini. She told the court that “he turned me into a sex object. I was just a shag for him. He infringed my privacy, my life and my career. Everything has been ruined,” claiming that he had taken private photos and video of her in a sexual context and shared them with his friends.

The case claims that Barratini had invited Fernandez to her home in 2017, blindfolded him and then began to perform oral sex. While he was unable to see what was happening, the woman pulled out the garden shears and attacked his gonads, cutting off 90% of the length of his penis as well as one of his testicles before fleeing the scene.

Neighbors heard Fernandez’s cries of pain and got medical help. He was in a coma for eight days as a result. Barratini was sentenced to 13 years in prison for attempted murder.