Another MMA Fighter Really Screwed Up His Balls 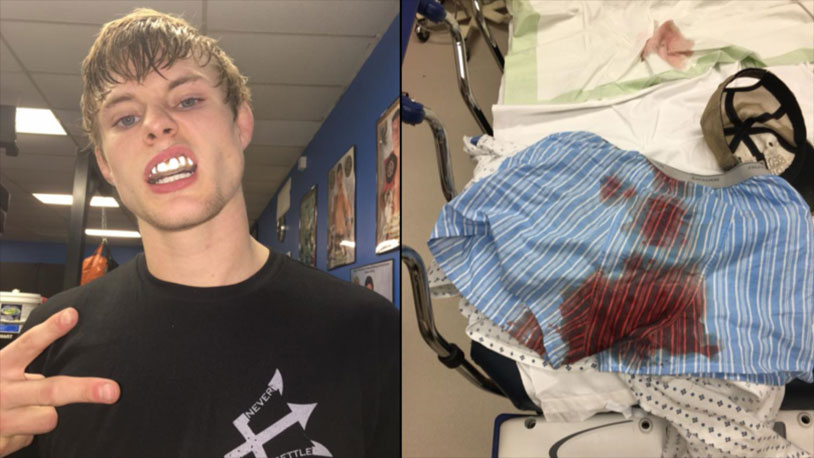 So a little while ago we posted about Devin Powell, the UFC fighter who ruptured a testicle while training for an upcoming fight. And now we have another story about an MMA fighter with a groin injury, this one even worse if possible.

The protagonist of our tale is UFC newcomer Bryce Mitchell, who we first learned about on the 27th season of The Ultimate Fighter. The 10-0 featherweight from Texarkana is a pretty hot prospect for the organization, with a nasty ground game and some serious attitude. But “Thug Nasty,” as he calls himself, isn’t going to be stepping into the Octagon anytime soon after brutally injuring his nutsack.

The fighter was working on a home improvement project when, improbably, he accidentally turned on a drill that he was holding in his pants and twisted his scrotum up in it. Yikes. He posted a picture of his hideously bloodstained underpants on Twitter after explaining the situation.

Even balls experts like us don’t know what the recovery time from an injury like this is, but hopefully Mitchell will be able to bounce back and return to doing what he loves sooner rather than later.