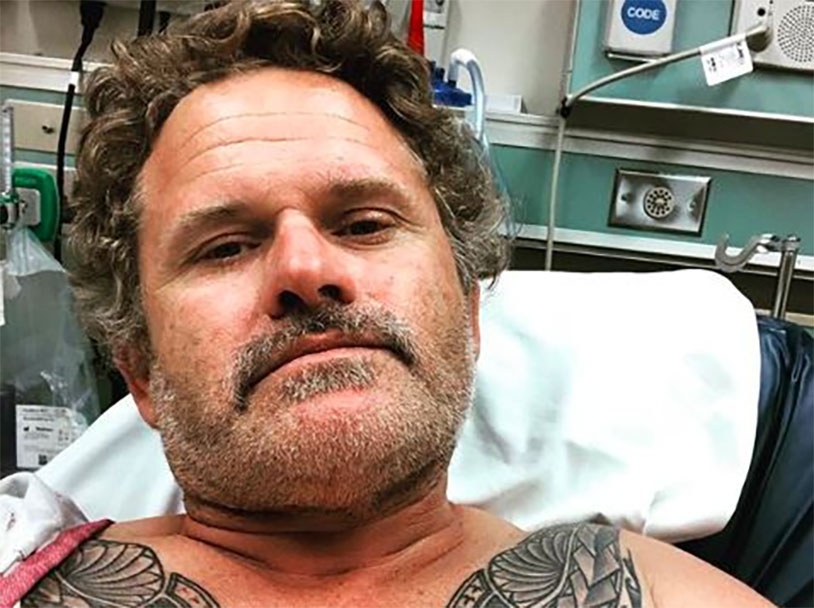 As global unrest grips the world in the aftermath of the killing of George Floyd by four Minneapolis police departments, cities have been roiled with both protests and riots. It’s undeniable that the police response to these events has been excessive, with myriad stories of journalists, observers and peaceful protesters being injured and even killed. One shocking story from the Los Angeles events stars a man who is no stranger to speaking out – Bradley Steyn, who witnessed a massacre by South African authorities at 17 and used it to catalyze change in his country.

Steyn, the author of Undercover with Mandela’s Spies: The Story of The Boy Who Crossed the Square, took his 10 year old daughter to the protest. When he saw police beginning to beat a female demonstrator, he moved into to intervene. At that point, the officer shot him in the groin with a rubber bullet from a meter away.

He was rushed to the hospital, where doctors were able to stabilize him. They removed his left testicle. He is currently recuperating and unable to walk.

““I don’t agree with the looting and vandalisation, but people have had it,” he said. “I’ve been involved in law enforcement my whole life – the law enforcement community needs to have an introspective look into who they hire. They need to ensure psychological tests are done to ensure the right person is chosen for the job.”

Protests continue around the world at press time.