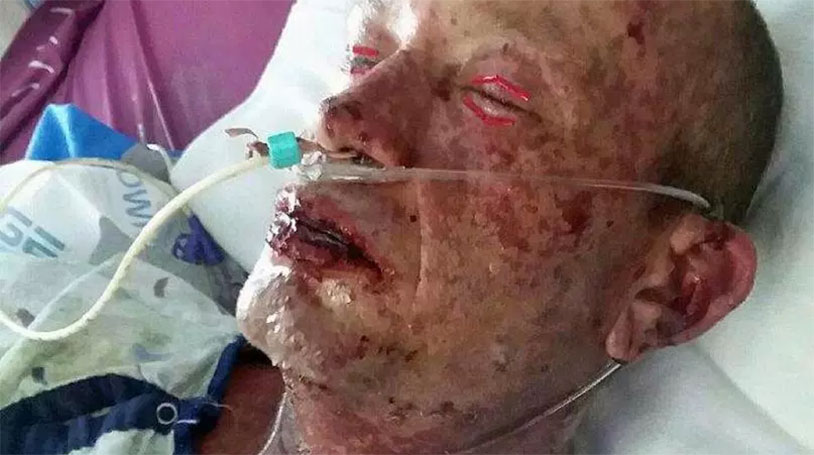 The thing about medical science is that it’s still a work in progress. Even with everything we’ve learned about the human body over the last few centuries, there are plenty of surprises lurking under the skin. Rare diseases and reactions can come out of nowhere and really ruin a guy’s life. Take father of two Josh Dennis, who took what he thought were basic antibiotics and suffered a vicious reaction that left his body – and his gonads – covered in burns.

Dennis went into the hospital for a routine staph infection – those can be gross, but if they’re treated early enough it’s no big deal. Staph is one of the most common infections you can get. Unfortunately, the antibiotics given him triggered Stevens-Johnson Syndrome (SJS) and toxic epidermal necrolysis (TENS), two insanely rare conditions that cause hives and burning all over your body. Within a week, he was back in hospital as befuddled doctors did everything in their power to save his life.

Some of the worst pain hit his scrotum, which swelled up so big that Dennis described it as “a brain oozing pus.” He also nearly lost his eyesight and had emergency surgery to save his vision. Through it all, his devoted wife and kids stuck with him and helped him through the arduous rehabilitation process. We hope it’s smooth sailing from here on out for the poor guy.