Are Crotch Pocket Pants The Next Fashion Trend? 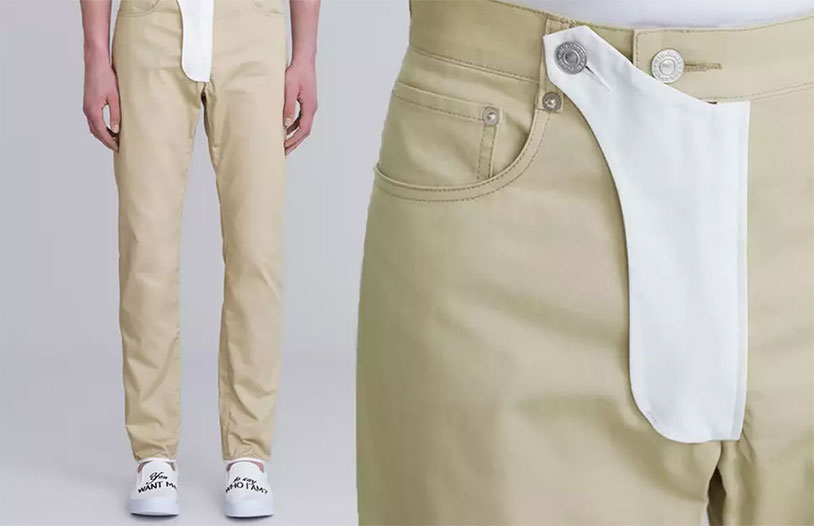 Fashion is a mystery to us – it seems like trends and styles come and go with no rhyme or reason, and some of the stuff we see on the runway is so ridiculous that we can’t figure out if they’re a joke on the world. Case in point: this ridicuous style being pushed as the next fashion trend for men: pants with an outrageous crotch pocket.

The creation of Japanese apparel giant GU (a subsidiary of Uniqlo), they’re being marketed as “slim fit trousers” with no mention of the bizarre penis-shaped sheath at the zipper. What’s the purpose of this unusual decoration? We’re still not sure. You could maybe carry a banana around in it for emergency snacking, or a roll of quarters for a trip to the arcade, but aside from that the utility of a crotch pocket is debatable at best.

At least they’re cheap – with a sticker price of 900 yen (around twelve bucks American), you too can display the weirdest sartorial innovation since the jort. What do you think? Are you confident enough in your manhood that you would strut around in a pair of slacks with a prominent crotch pocket?