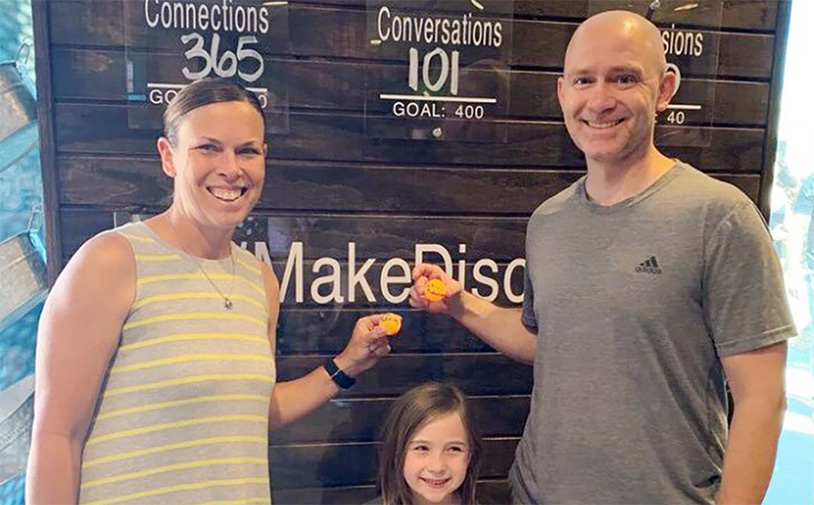 There are a lot of things you can use a ping-pong ball for, as anybody who’s been to a strip show in Thailand can attest. But one Arizona church has come up with an unusual task for the hollow cellulose spheres: tracking the outreach that its parishioners do in the community.

Valley Life Church in Phoenix’s Tramonto neighborhood, like many other Christian denominations, is working to combat the steady decline in Americans that consider themselves religious. It’s using a program called “Who’s Your One,” promoted by the North American Mission Board and Southern Baptist Convention President J.D. Greear, that involves deep discussions with friends and neighbors outside the faith on the moral lodestone that informs their decisions, and why Jesus should be that lodestone.

Keeping tabs on how vigorously its parishioners are witnessing is important to this Arizona church, and they’re making it very public with a clear box in the church’s lobby. Every time an outreach is made, a ball gets dropped in the box – white balls for invitations for a new member to come to church, green stands for engaging in a conversation about the Gospel and orange denotes a new person being baptized into the faith.

Brian Bowman, the pastor at Valley Life Tramonto, says the initiative has already been successful, with newly baptized parishioners joining in to bring others.