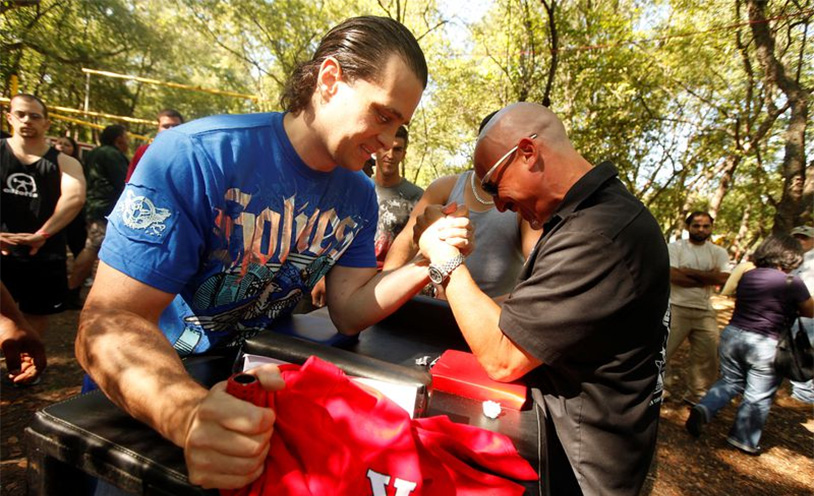 One of the lowest things a person can do is prey on people who are contending with testicular cancer. Dealing with a disease this scary is already rough, and for scam artists and cheats to exploit it for a quick buck is unforgivable. Coming over the transom is a story about a champion arm wrestler who did just that.

Our guy’s name is Jason Vale, and he’s the man behind a product called “Apricots From God” that he promises can cure all sorts of cancers. It’s all about a chemical called amygdalin, which proponents believe can break down cancer cells. It’s found naturally in apricot seeds and other pits, which Vale’s business was selling at a rate of $250 for three pounds. Unfortunately, amygdalin also breaks down to cyanide in the human body, which isn’t great for you.

The U.S. Attorney’s Office for the Eastern District of New York didn’t look kindly on his claims, which have not been peer-reviewed, and arrested him and his mother last week.

Vale was arrested and jailed in 2003 for making similar claims, but a stint behind bars does not seem to have cured him of his passion for the seeds. His website features pages and pages of promises on the efficacy of amygdalin.

One testimonial, from a man named “Vin Lidge,” states that eating 75 apricot seeds per day reversed the “most aggressive of testicular cancers.” Court documents say the Vales made more than $850,000 from their business.