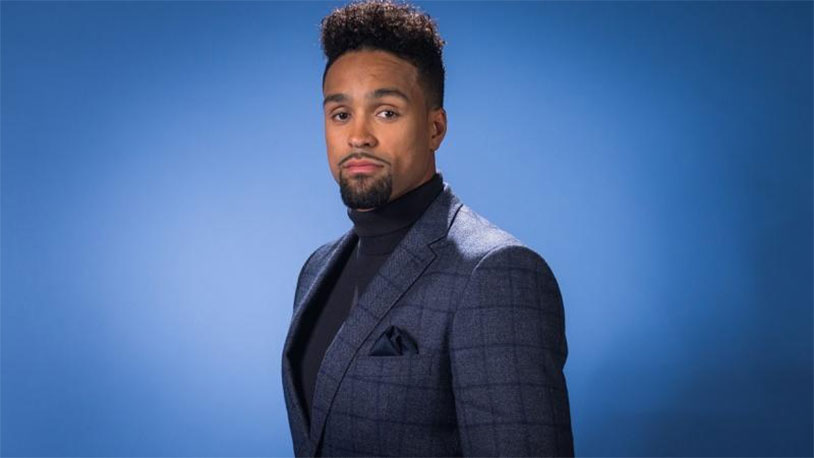 Britain’s annual The Real Full Monty: Live show is one of the country’s most popular charity events, as male stars strip off to their skivvies to raise money for a charity of their choice. We reported a few days back about EastEnders star John Partridge taking part in the event, but the show went off last night with something that shocked viewers: host Ashley Banjo got his balls checked live on stage.

The dancer and TV host went behind a screen with doctor Chris Steele and dropped his trousers so that Steele could get into the business, and the duo narrated the whole procedure in extreme detail for the audience. Meanwhile, co-host Alexander Armstrong provided visual accompaniment on a plum for the cameras.

After he pulled his pants back up, Armstrong asked Banjo what he thought about the experience. “It was alright actually, kind of borderline enjoyable actually!” he replied. Enjoyable or not, it’s great to see more people pushing the gospel of regular testicular self-checks. That’s the first step to stopping testicular cancer before it starts.

The show was a huge success, and we’re hoping for even more good stuff from next year’s Full Monty.

Check out more at Metro.