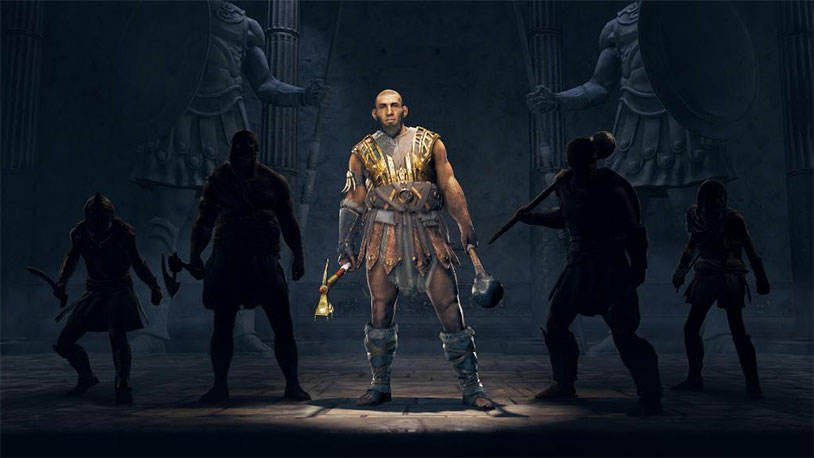 We dig video games around here, but aside from the brutal nut shots in Mortal Kombat they typically don’t have too many testicular tie-ins. That just changed with Assassin’s Creed Odyssey, because developers Ubisoft just gave us a character who is all ballsack jokes.

Having been separated quite early in his life from his half-brother Testikles, his mood has been unstable ever since. He never felt as secure than with his own kin, so he deals with the separation by breaking things.

One of the game’s main features is the presence of mercenaries throughout the ancient Greek world it’s set in. These mercenaries are unique characters that have backstories and relationships to other people in the game, and if the player develops a bad reputation they’ll come after you. You can also hunt them down, and they serve as an endless flow of optional bosses. Testiklos is accompanied by his pet boar and is distraught after the loss of his brother Testikles, so the player needs to put them out of their misery. Thanks for the shoutout, Ubisoft. Gamers, after you take this guy down, why not give yourself a quick sack check?