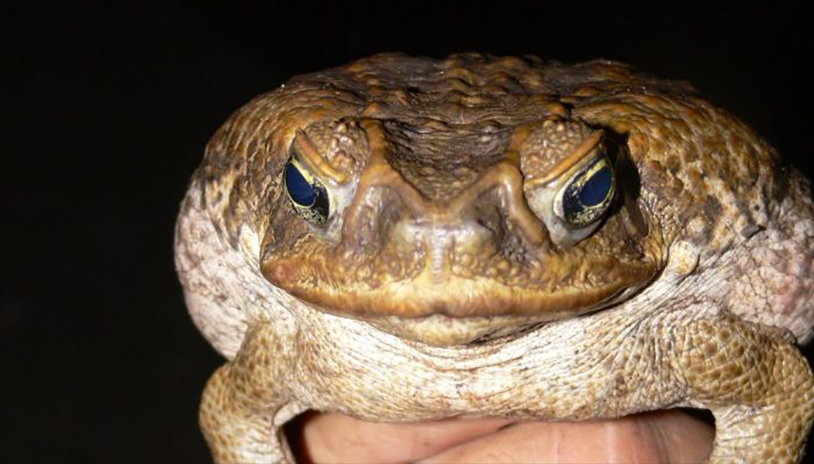 The cane toad is one of the world’s most obnoxious amphibians, a poisonous omnivore that chows down on both dead and living matter and lays eggs by the thousands. Native to Central America, it was introduced to Australia and surrounding islands and has thrived there – but evolution in action has presented scientists with an interesting twist, as toads in Queensland have balls 30% bigger than the rest of the country. Why is this even an issue? Read on, my friend.

Cane toads were introduced to many Pacific islands as a pest control measure, most notably against the cane beetle – that’s how they got their names. But they’ve turned out to be a bigger pain in the ass than any animal they fed on, and are now considered invasive and dangerous. Their tadpoles are poisonous to eat, and mature toads even more so. But on to the balls. A recently published study in Biological Letters shared data from measurements taken in Queensland, New South Wales, and Western Australia.

The Queensland cane toad boasted gonads 30% larger than all of the other specimens, which researchers chalk up to them being well established in the region. Having had time to establish territory, they could devote biological resources to improving fertility instead of competition. It’s a pretty interesting look at the adaptation process in action, even if it does come from an obnoxious, poisonous toad.