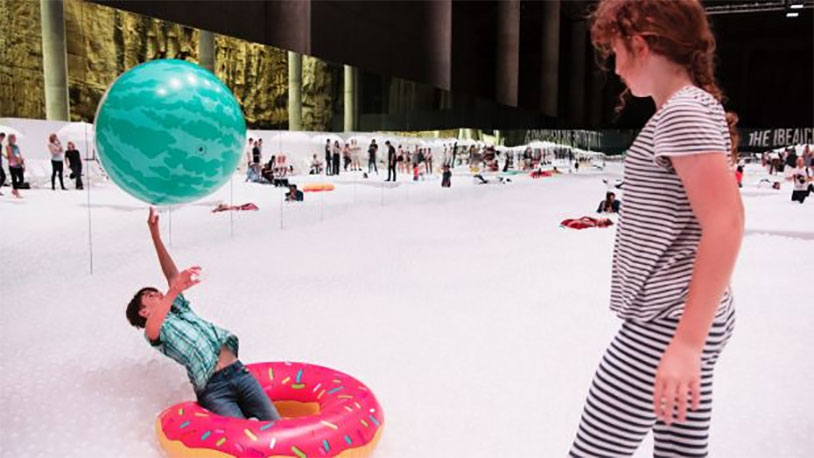 We’ve written before about “The Beach,” the massive all-white ball pit devised by design studio Snarkitecture that first debuted at Washington D.C.’s National Building Museum and has been touring the globe ever since. Consisting of over a million white balls laid out on a gently sloping floor designed to mimic a real beach, it just landed in Australia for a run at the Sydney Festival. Unlike other cities, the Beach is free to visit in Sydney, although there are guards making sure it doesn’t get overcrowded or too rowdy.

Installing the Beach in a new location isn’t difficult, but the logistical process of shipping over a million balls to Australia was a nightmare. They had to be packed in a staggering 1,500 cardboard boxes and shipped, then unpacked when they reached their destination. The pit is already drawing sizable crowds. Like the other installations, the Aussie version of the Beach has a lost and found department that’s already overflowing as people lose keys, cell phones and all sorts of other stuff in the massive sea of balls. Even worse, you can’t get any lost item back until after the exhibition closes on January 30th.

If you’re in Australia, you can visit the Beach at the Cutaway, Barangaroo Reserve, Hickson Road entrance, Barangaroo, January 7-29.