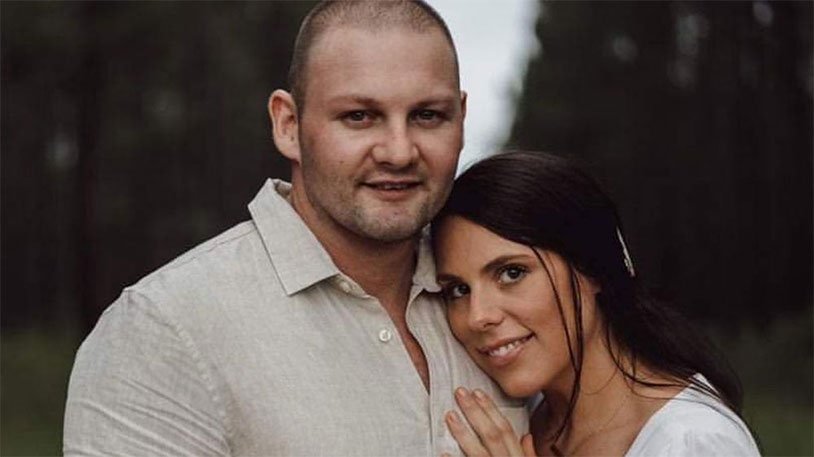 We’re always advocating for every single person who has wrestled with the demon of testicular cancer to speak out to whatever level they’re comfortable, whether that be talking to the national media or just a single friend. Knowledge is power, and the more men check their nuts on a regular basis, the more cancer we can catch early. Australian army veteran Brendan Nikolajew is taking that credo to heed, as he helps inform an entire country about living with the condition.

The 28-year-old father fought with the Royal Australian Artillery as a gunner in Afghanistan. He was discharged honorably with PTSD and returned home, but shortly afterwards was diagnosed with testicular cancer. After three courses of stem cell therapy, Nikolajew learned that the disease had spread throughout his body, all the way to his heart. With no other treatment options available, doctors have given him just three months to live.

He’s going to make the most of that time, though, spending it with his wife and children. He’s also signed up for an experimental immunotherapy trial in Brisbane and pursuing other remedies. He’s also urging men to get their balls checked. “Getting to a doctor is simple, it’s so easy to book a GP. It’s not being embarrassed about your body, about speaking out.”