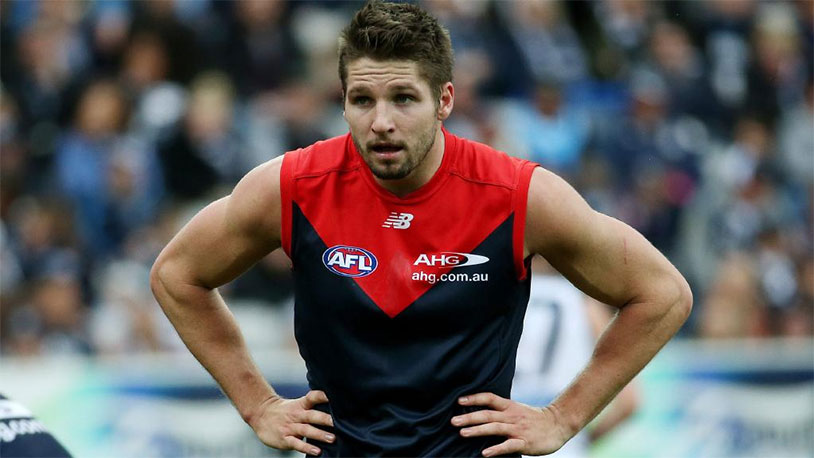 When we say “footballer,” we of course mean “Australian rules football player,” but you have to use the language of the world around you. The latest celebrity to bravely come forward with a testicular cancer diagnosis is Jesse Hogan, the star key forward for Melbourne’s football club.

The youngest of four children, Hogan has been a star athlete his entire life, excelling at both basketball and football in high school and college. Sportswriters claimed he had the body of a fully grown man in his teens, and he made All-Australian as the centre half-back during the under 18 national championships. He joined the Melbourne club in 2014 and swiftly distinguished himself, winning the Gardner Clark Medal despite suffering a knee injury.

The latest news is less positive, but thankfully the diagnosis was early. The footballer discovered the tumor in his scrotum last week, and on Tuesday he went in for surgery to have it removed. The procedure went well, according to the Herald Sun, and he’s expected to be back in action in four to eight weeks.

The fact that the cancer hadn’t spread was a terrible relief to Hogan, who lost his father three weeks ago after a long battle with the disease. Welcome to the fraternity of testicular cancer survivors, and we hope he uses his profile to encourage Aussies to check ’em on the regular.