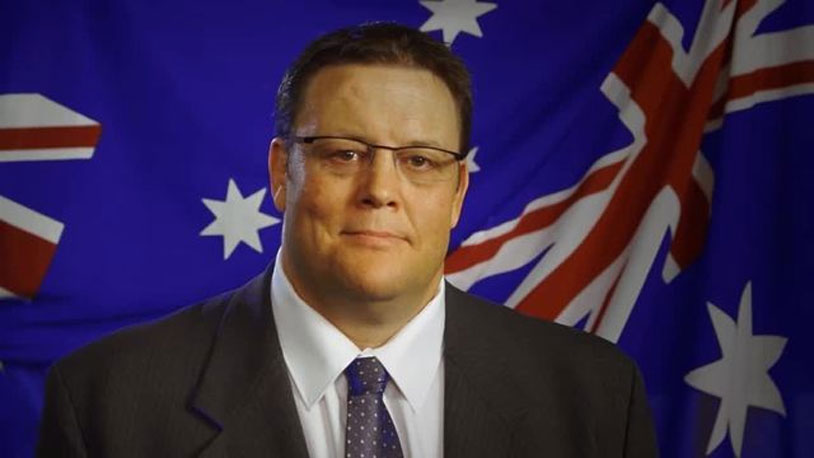 Politics in Australia can get pretty wild, but this is ridiculous. Read on to learn about an environmental incident that spurred a testicle threat.

One thing to know about politicians is that they all have their own little private crusades that they want to see accomplished in office. For Senator Glenn Lazarus, that crusade is eliminating coal seam gas extraction from residential parts of the country. Coal seam gas is an unconventional but important source of energy that some locals worry may cause environmental damage, and Lazarus has taken up their banner. Unfortunately for him, PM Tony Abbott doesn’t seem to be giving the issue the attention it deserves.

That’s what prompted Lazarus to give a desperately unhinged statement to 9 News the other day talking about his plans for Abbott if he continued to not listen.

Lazarus’s full comments were as follows:

““I’m so determined to give these people a voice and to have Tony Abbott and his government go and see for themselves exactly what these people are going through which I think it’s very unAustralian, I am prepared to go and squirrel grip, squirrel grip, the Prime Minister. If that doesn’t work I’ve got other things up my sleeves such as the grapple tackle, the chicken wing and even the crusher tackle. If that doesn’t work I’m prepared to use the Hopoate tackles.”

So the key words there for our business are “squirrel grip.” If you’ve never heard of the ol’ squirrel grip, it’s an illegal rugby tackle in which a player brings an opponent down by locking their hands around his nuts. Lazarus is literally saying that he’s going to grab the Prime Minister’s testicles to make him take coal seam gas seriously. For a Senator to boast that he’s going to grip the nuts of his country’s top elected official is a pretty ballsy thing to do, but many pundits are predicting that Lazarus’s political career is over as a result of this incident.

If the squirrel grip didn’t do it, the Hopoate tackle would – that’s named after Tongan rugby player John Hopoate, who was famous for jamming his fingers into people’s buttholes to bring them down. Rugby’s a rough sport.