Azealia Banks Says Kanye Has A Demon In His Testicles 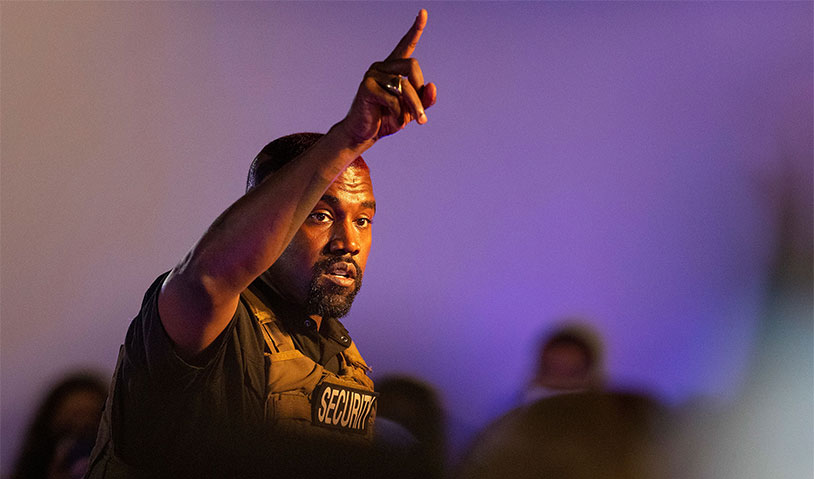 We try not to give too much attention to Kanye West, because life’s too short and it only encourages him. We’ll remember the good times and good music and pretend that the weird cult stuff and Presidential campaign never happened. But every once in a while, our interests will overlap. Case in point: now that he’s split with wife and muse Kim Kardashian, other people are on the hunt for Ye’s attention. And maverick rapper Azealia Banks is doing it in the weirdest way possible: by suggesting that the duo could create an unholy baby.

After anonymous sources claimed that West is looking for somebody who “speaks the same language” in his next romantic relationship, assumedly a musician or artist of some sort, Azealia grabbed a screenshot and posted it to the Gram with the caption “It’s me guys. The powerful black demon entity awaiting in my ovaries and kanyes testicle is finally about to be unleashed upon the world. All of you n****s are going to JAIL.”

While we can’t testify with any confidence whether West actually does have Satan’s seed in his gonads, it’s obvious that a union between the two outspoken performers would certainly keep the gossip pages busy for however long it lasted. This is probably a long shot on Azealia Banks’ part, but as the great Michael Scott once said, “you miss every shot you don’t take.”