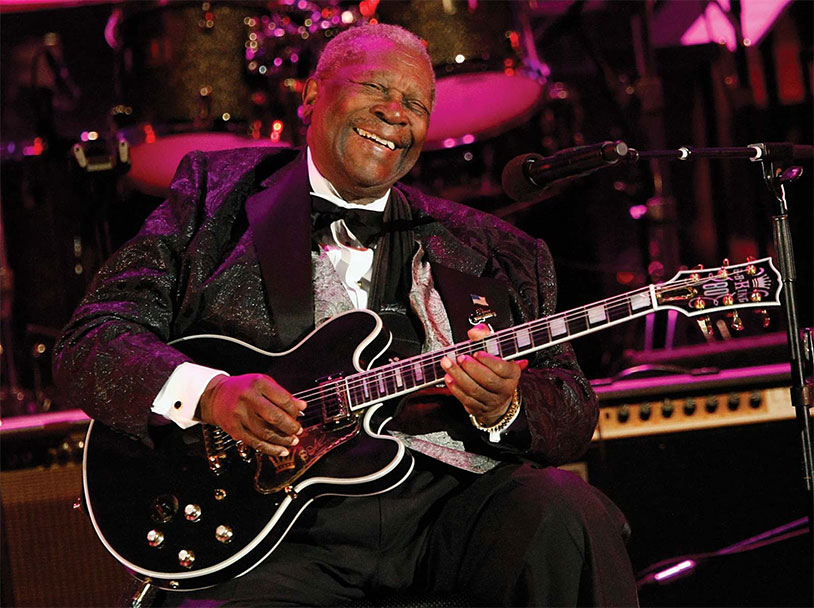 Legendary bluesman Riley “B.B.” King was one of the most influential guitar players ever to live, a master of smooth, silky playing that introduced a level of virtuosity to the genre and inspired thousands of acolytes. But his estate is up in arms about a new biography that claims the musician was left infertile as a result of damage done to his testicles from a childhood accident.

Daniel de Visé’s “King of the Blues: The Rise and Reign of BB King” is set to release on October 5th. In it, the author claims that King was not the father of the 15 children by 15 different women that claim him as a parent because an accident with a ram’s horn when he was 12 smashed one of his gonads. He also writes that a sexually-transmitted disease contracted by the bluesman in his late teens cemented his inability to father children.

This is obviously a pretty outrageous claim that King’s heirs aren’t happy to hear. Vassal Benford, the spokesman for King’s estate, pushed back against the claims, asserting that he has spoken to several of the children and obtained proof that they are biologically related. Fifteen kids is a pretty large number to fake, but publisher Grove Atlantic declined to comment on the allegations in de Visé’s book.