This Ball Bouncing Vine Will Shred Your Brain 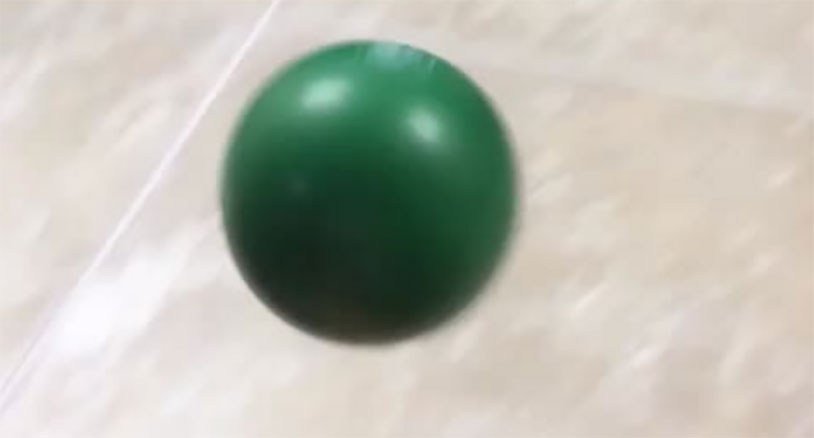 Who would ever thought that Vine would become a legitimate means of artistic expression? It happened, and all it took was a ball bouncing.

The latest viral dispatch from the Vine trenches comes courtesy of Kevin Parry, who uploads regular clips of himself doing sleight of hand magic, stop motion animation and other illusions. As we write this, it’s been viewed a flabbergasting three and a half million times.

So what could inspire that many people to watch a clip of a guy bouncing a ball? We don’t want to spoil it for you, so why don’t you just take the time to see it for yourself. Maybe watch it a couple times over, just so you really get it.

Back with us? Good. Okay, so what we’re seeing here is physically impossible – there’s no way to bounce a ball into a mirror and have your reflection catch it. Our first thought was “that guy is twins,” but that doesn’t explain the pane of glass that would be in the way. Although the camera does move during the pass, it doesn’t seem to be fast enough to hide an exchange of balls, and if Parry had bounced it off the mirror we’d have heard the sound.

So what do you think? Do you have an explanation for this bizarre bouncing ball trick, or is it going to haunt us for the rest of our days on this planet?