This Ball Of Snakes Is Freaking Us Out 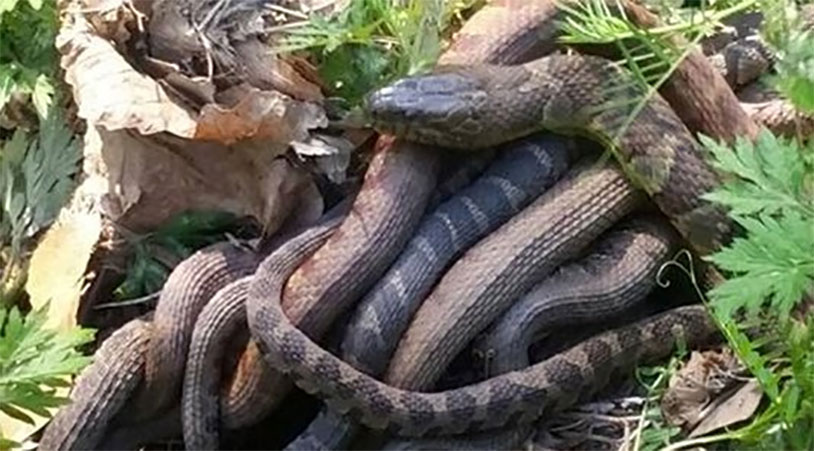 We love balls of all kinds here at the Ball Report. Big balls, small balls, sticky balls, wobbly balls, you name it. But if there’s one thing that could make us doubt that love, it’s a big ball of snakes.

The Facebook page for Charlotte, North Carolina’s NBC affiliate posted the cursed image, which was taken by a viewer on the Charlotte greenway. It depicts exactly what you think it does: a large group of snakes all coiled around each other to form a writhing orb of sheer terror.

Needless to say, public reaction to the unexpected ball of snakes wasn’t great. So the station hunted down a reptile expert, Marvin Bouknight of the Charlotte Nature Museum, to explain what was going on.

According to Bouknight, what we’re seeing here is called a “mating ball.” Yep, when snakes get frisky they do it in groups, slithering all over each other in an attempt to prove their dominance. The ones in the picture are water snakes, which are harmless to humans, but even if they were venomous it’s almost impossible to distract a snake out of a mating ball.