These Ball-Shaped Pancakes Are Something Else 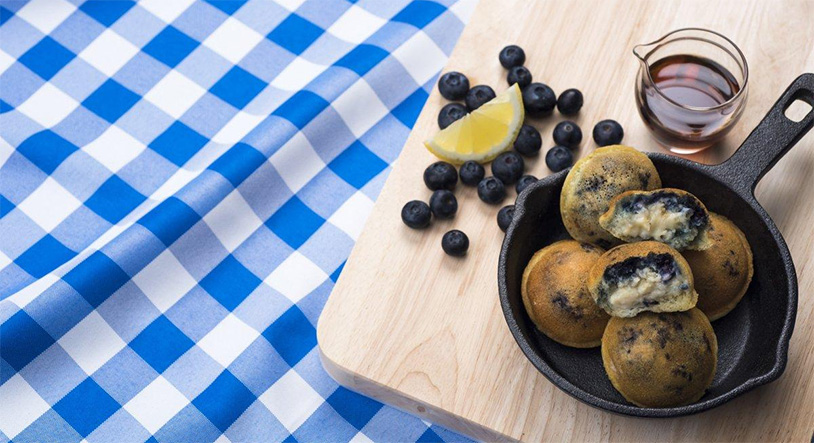 Will wonders never cease? Bantam Bagels, the company behind the popular “bagel ball” trend that’s been sweeping New York over the last few years, has set their sights on pancakes. The results are pretty impressive. Each one is made with a different batter mix-in as well as filled with a variety of sweet stuff, including Homestyle (stuffed with buttered maple cream ); Chocolate Chip; and Blueberry (stuffed with fresh lemon cream).

Of course, making spherical pancakes is nothing new. If you’ve been down to Chinatown, you’ve probably seen the carts where they pour batter into molds to make what are known as “egg cakes” or “egg puffs,” also known as gai daan jai. But these are a significant upscale to the general concept. They’re bigger, and of course the filling adds a complexity of flavor. They will run you more than the $1 that the egg cake vendor typically charges, though.

If you want to try Bantam’s take on the concept, stop by their storefront at 283 Bleecker St in Greenwich Village starting September 25th. They’re also planning to roll out frozen, packaged version to select grocery stores, and you can also order them online at bantambagels.com