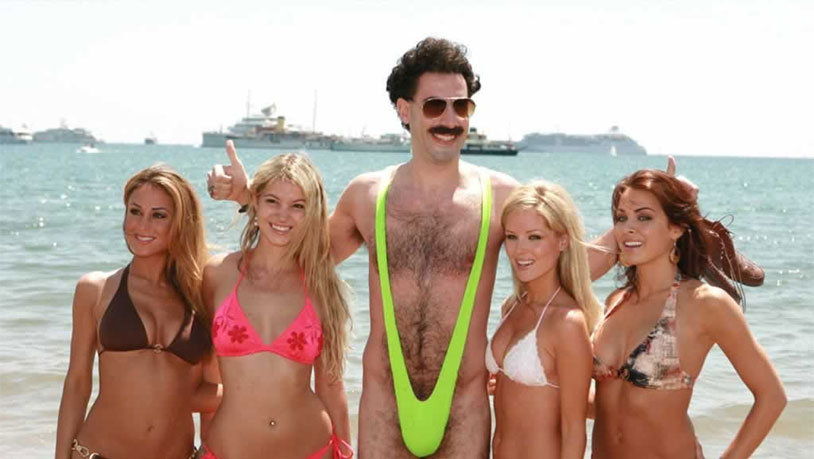 The Nobel Prize recognizes the greatest human accomplishments in the sciences. The Ig Nobel Prize, on the other hand, goes to the weirdest, worst and most ridiculous studies and experiments. The 2016 winners were just announced, and we’re happy to report that a study of balls took home an award.

Naturally, the prize is in the Reproduction category. A physician at the Cairo University in Egypt wanted to see if wearing a polyester sling-like undergarment on your scrotum affected the production of sperm. He rounded up a group of 14 men aged 32-47 and had them keep their nuts in the sling for an entire year. The men were given an oral contraceptive to temporarily halt the production of sperm, but once it took effect they were removed from the medication.

Here’s the crazy part: it worked. None of the men who kept their nuts in a sling were fertile for the rest of the year, and when they stopped wearing it their natural sperm count returned. The study concluded that keeping your nuts in a Borat mankini is a safe, effective and low-cost form of birth control. The reason is probably temperature-related, but more research needs to be done to be sure.

How did this guy settle on polyester? Well, in a preliminary experiment he dressed rats in a variety of custom-tailored rat pants in a variety of materials, including wool, cotton and synthetics. That experiment revealed that the rats in artificial fabrics got their partners pregnant less often, so he moved forward to a human trial.

Sadly, it was awarded posthumously – Ahmed Shafik, the author of the study, passed away before the Ig Nobel prize was awarded. Whether his research in ball hammocks will be carried on by his colleagues is anybody’s guess.