Balls Out Burger Opens In Houston 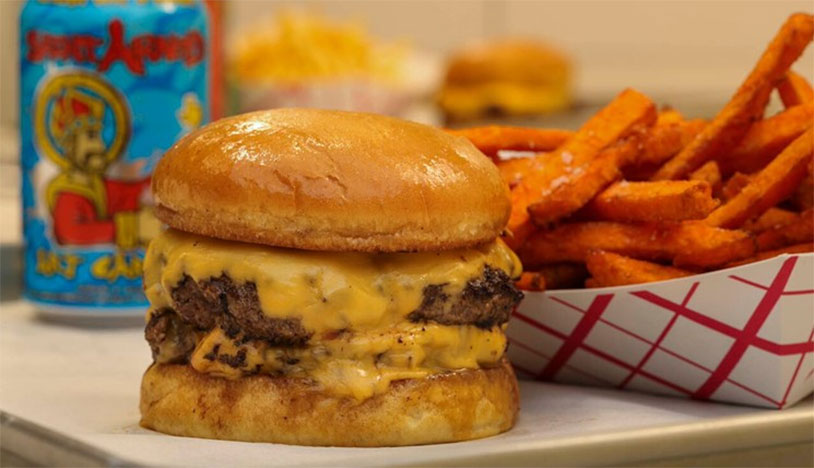 The humble burger might be a simple piece of food, but there’s still a lot that ambitious chefs can do with it. A new eatery opening in Houston is looking to elevate the thing, and they got a spot on the site because they’re called Balls Out Burger. Did you know that the phrase “balls out” doesn’t refer to having your sack out of your pants? It actually comes from the operation of a steam engine. Per Urban Dictionary:

“Two heavy balls are attached to the engine so that as engine speed increases, the centrifigal force of the flywheel causes the balls to rise. As the balls top out, they govern (limit) the engine, thereby controlling maximum engine speed. ‘Balls out,’ then, refers to running the engine at maximum speed.”

The engine in the kitchen at Balls Out Burger is operating at full speed, with beef from 44 Farms and fries available in shoestring, hand-cut, and sweet potato. Beverages include Saint Arnold beers, a variety of Texas wines and milkshakes with Amy’s Ice Cream. The photos of their burgs look mind-blowingly good and if you’re in central Texas, drop in and give them a visit.

Here’s a report on the new restaurant from Houston Press.