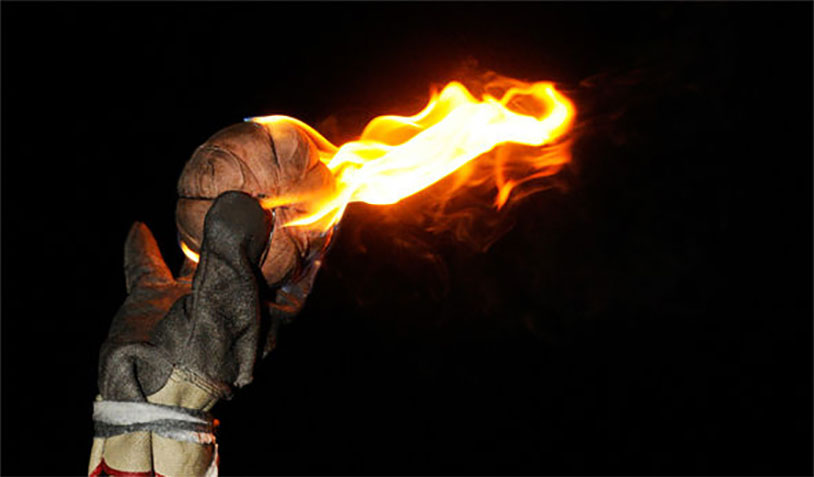 We’re always looking for new places to go on our quest to learn about balls, and this amazing festival in El Salvador has piqued our interest. Known as Las Bolas de Fuego, the Balls of Fire, it takes place in the town of Nejapa every August 31st.

Like many similar events, it takes inspiration from a real-life historical event and some old-school superstition. In 1922, a volcano erupted outside of Nejapa and rained globules of molten rock down on the town. That was pretty surprising to the townspeople, who had to evacuate in a hurry. The legend that arose around it was that the village’s patron saint was battling the Devil in the caldera of the volcano, and once they resettled they decided to pay tribute to that divine intervention every year.

Two groups of dudes – one on the side of the angels, the other the devil – paint their faces, wear water-soaked clothing, and throw burning rags soaked in kerosene at each other when night falls in the public square to re-enact the volcanic eruption. It’s complete chaos, but somehow injuries are fairly minimal. The whole thing lasts about two hours, with a ring of daring spectators watching the whole thing.

Express has some more details and some pretty cool photos of the festival. We missed it this August, but we’ll book tickets for 2017.