Learn How The Balls Are Made For The Basque Fry 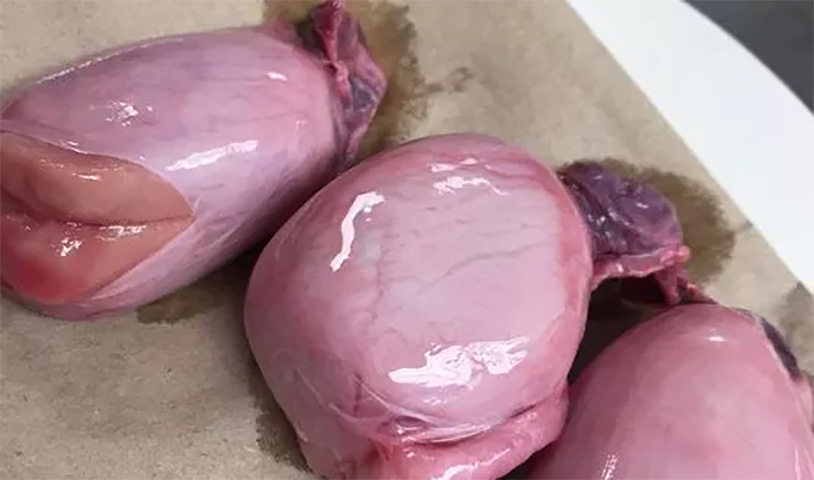 The annual Basque Fry is one of the weirdest events in conservative politics, a Nevada tradition that draws high-powered Republicans from all over the country. The state is in the crosshairs of President Trump as its junior Senator, Jeff Flake, has drawn the ire of the President by publicly criticizing him in a recent book. The Basque Fry is set to feature appearances from U.S. Sen. Tom Cotton of Arkansas, former Ambassador John Bolton and Sheriff David A. Clarke Jr., of Milwaukee County, Wisconsin, but what’s relevant to us is the food.

The meal served at the event is lamb fry stew, with a primary protein of lamb testicles. The dish was beloved by former Nevada governor and U.S. senator Paul Laxalt, who was proud of his Basque Spanish heritage. Preparing those testicles is Mark Estee, the chef at Liberty Food & Wine Exchange. They’ll serve 300 pounds of testicles cut into filets and fried, as well as a panoply of other food.

The Basque Fry is open to the public if you want to see Vice President Mike Pence, U.S. Sen. Ted Cruz, Nevada Attorney General Adam Laxalt and eat balls in public. It costs $55 to attend, but active duty and retired servicemembers get in for $25.

USA Today has the whole story.