Ballsy Man Punches Bear In Face To Save Dog 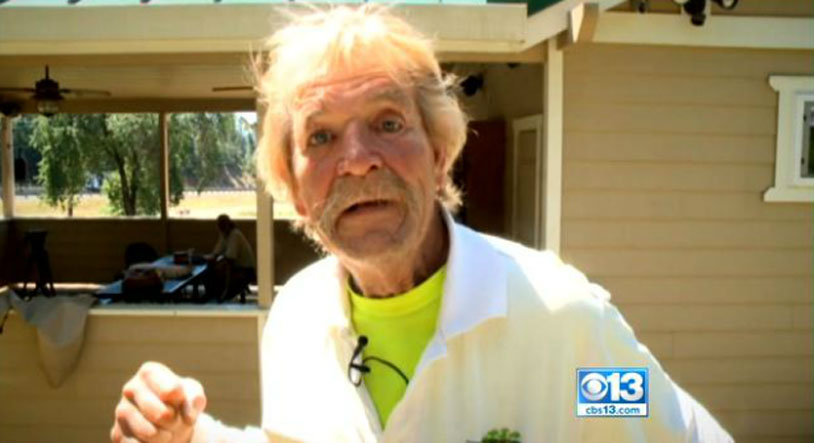 You want to talk about a guy with a serious pair of balls? Let’s talk about Placer County, California man Carl Moore. The 73 year old resident of the rural foothills owns a construction company and doesn’t take guff from anyone – man or beast.

A few days ago, he was relaxing in his home when he heard his dog Lacy making frightened noises outside. He rushed out as fast as he could to discover a bear. A lesser man would have grabbed Lacy and headed inside to call Animal Control. But not Carl.

“I ain’t run from nothing; I never have in my whole life and I ain’t going to start now,” he said. “And you’re not going to sacrifice my babies for some damn bear.”

Like a geriatric Popeye, Carl wound up his fist and punched the massive animal right in the snout.

“He come up like this, and turned, boom, I hit him hard. Tyler said I damn corkscrewed his head,” said Moore, who started screaming at the perplexed bear until it fled the scene.

If a 73 year old man has the balls to cold-cock a bear in the face, what are you waiting for?