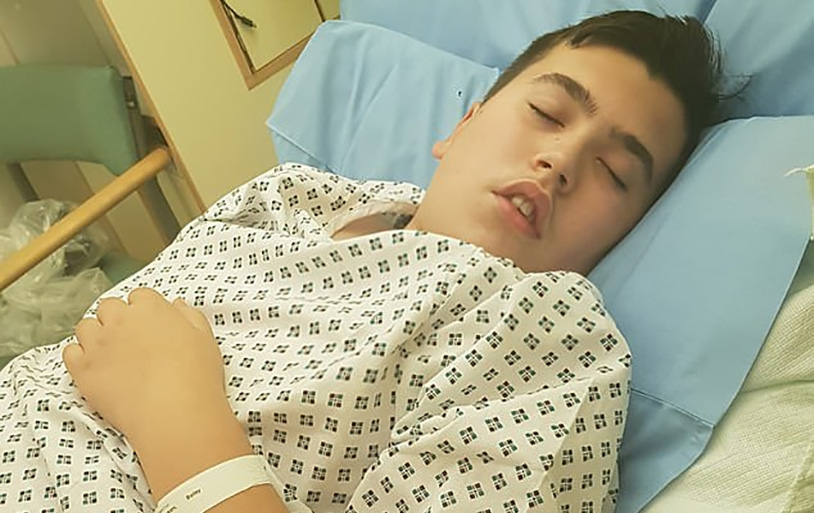 Playground games involving impact to the gonads have been a thing for as long as we’ve been getting recess. They’ve gone by myriad names – sack-tapping probably the most famous – but apparently now kids are calling it “Bangkok” and hitting hard enough that they’re going to the hospital. One kid in the UK had to go to the hospital and get four stitches in his nutsack because of it.

The victim here is named Bailey Summers, from Hartlepool. Here’s how the game works: the aggressor approaches a prospective victim and asks them “what’s the capital of Thailand?” The answer, obviously, is “Bangkok,” but these brilliant schoolyard minds have realized that’s a synonym for a blow to the testes. So when the victim says it, the perpetrator gives them a solid shot to the groin. When Summers took the hit on Thursday morning, the pain didn’t go away – and by 7PM he was unable to sit.

His mother rushed him to the hospital where she had to sign a form authorizing the doctors to remove his testicles if necessary. Lacking the right anaesthetic, surgeons had to perform the operation quickly, and the kid was in serious pain. He’ll be in a wheelchair for two weeks and miss out on a number of activities including a school trip. His mother had some stern words for others playing the game, saying “This is a craze that has come back into trend that boys randomly punch their target in the balls to cause intense pain. My son had that done to him that day and must be the cause. It’s been a nightmare. I am in pieces. I don’t want to share my private business but this “Bangc**king” has been going on for a while in school and has come back as a stupid phase. My poor son is a example of what can happen. This needs to be brought to the attention of the kids.”