Baseball In Taiwan Opens Up With Cardboard Fans 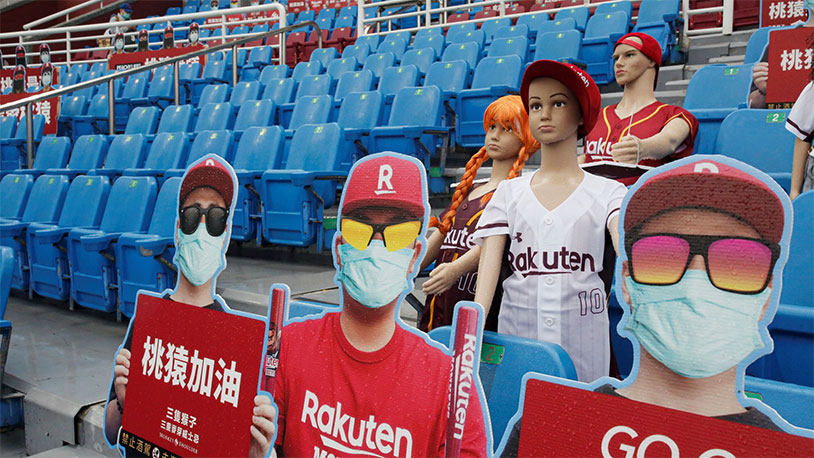 The pausing of nearly all sporting events during the COVID-19 pandemic has presented some challenges for us here at the Ball Report, as that’s where the non-testicle balls see the most play. But every once in a while a story will still squeak through the cracks, like this fascinating piece from the New York Times on how baseball is being played in Taiwan.

The sport is huge over there, and the population’s quarantine hunger for fresh games has led the country to keep players on the field, albeit with intense health and safety regulations. Both teams have their temperatures checked multiple times a day, and many of the traditions of baseball have been prohibited, like giving high fives and eating sunflower seeds out of the shell (spitting could spread disease, after all). Instead of screaming fans, the bleachers are populated with mannequins and cardboard cut-outs.

Even though the atmosphere in the stadiums is a far cry from Taiwan’s typical rowdy fans, the players are still giving it their all. As what may be the only live sporting events still being held in the world, they realize they have a huge responsibility not just to their countrymen but to baseball fans everywhere.

Although the games lack energy, the players in Taiwan are still giving it their best as the cheerleaders jump, dance and chant for an audience of cardboard cut-outs.