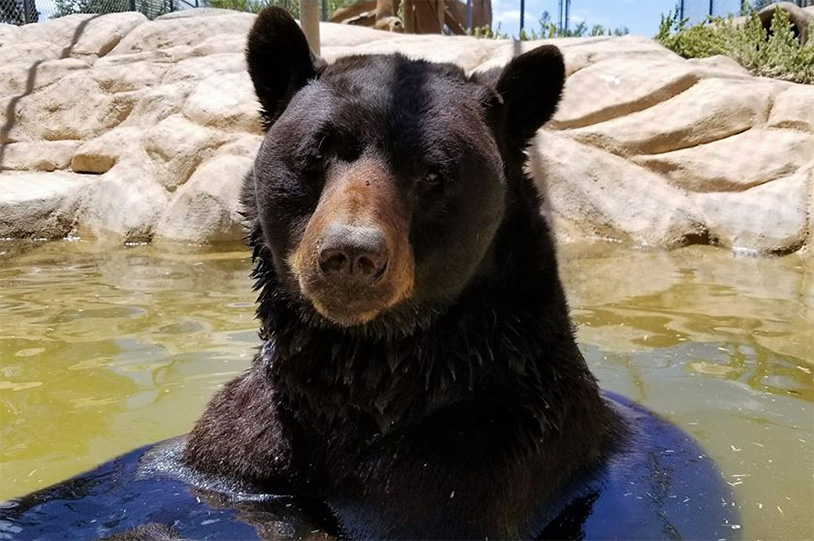 We do a lot of reporting on testicular cancer issues here at the Ball Report – it’s our number one job, of course. But this is the first time we’ve ever had cause to share a story about ball cancer in a bear.

Meet Shash. He’s a 24 year old black bear living at the Heritage Park Zoological Sanctuary in Prescott, Arizona. He’s a happy little guy who enjoys soaking in water and padding around his enclosure and the keepers there really love him. So when Shash was acting lethargic and lost his appetite, they rushed him to the vet. After a thorough examination, it was discovered that the bear had cancer in one of his testicles.

Yes, wild animals get cancer too – even testicular cancer. It’s less studied, but it happens. Thankfully, the doctors caught Shash’s growth relatively early and he was taken to surgery. Apparently Shash had been diagnosed with liver cancer a few years ago but medication had kept it in check until this point.

The surgery was successful, but the sanctuary was prepared to euthanize the bear if it was inoperable rather than have him live out his final days in agony. Shash’s recovery is going very well and the old bear is expected to return to his normal activities very soon.