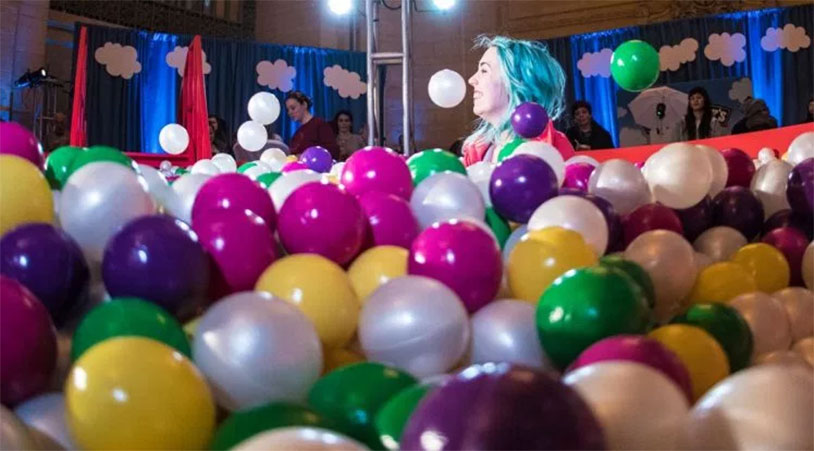 Ben & Jerry’s is one of the most successful ice cream companies in the world, growing from a boutique operation by two Vermont hippies to being bought out by Unilever and becoming a global brand. They still try to have fun, though, and on the comapny’s 40th anniversary they’re traveling the world hosting a number of events.

If you’re in England, head on over to Old Spitalfields Market on March 10th for a massive party featuring a 45,000 ball pit with ice cream colors and free samples of their new Birthday Cake flavor, made with vanilla cake batter ice cream, pink frosting, strawberry swirls and cake pieces. The adult ball pit trend is something we’ve been documenting here at the Ball Report for a few years, and it’s not surprising companies are starting to cash in.

If you plan to attend this ice cream celebration, it might be wise to show up a little early as free sweets definitely draw a crowd. The company has also promised other surprises besides ice cream samples and a ball pit, so we’d expect Ben & Jerry’s to draw a significant crowd. Just don’t bring your scoops into the pit – that can get way too messy.