The Best Balls In Video Games 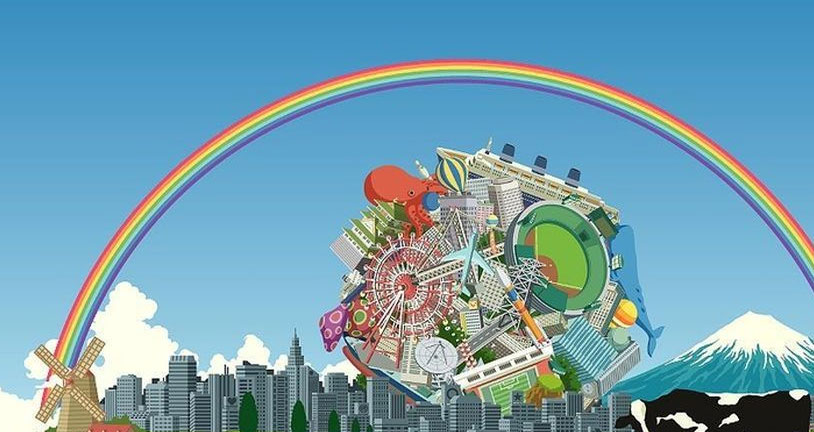 The world of video games has traditionally been made up out of square pixels, and we all know how bad they are at rendering balls. Even with that technological limitation, we’ve seen some pretty awesome spheres in the digital world. In this feature, we’ll share our picks for the best balls in video game history, spotlighting the roundest of the round and the ballsiest of the ballsy. 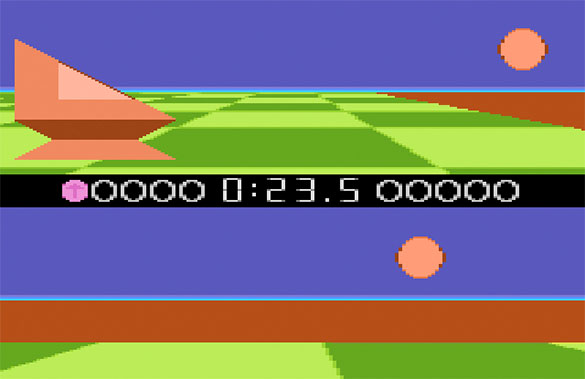 The early days of home computer games featured no shortage of sports titles, where pixelated players would run down digital balls of all shapes and sizes. But for our money, the coolest take on the concept came with Lucasfilm’s 1984 Ballblazer. The company spent Star Wars money on all kinds of experimental concepts in the golden age, and this one – a two-player futuristic take on soccer where you drove a triangular vehicle around a scrolling playfield to get a ball into the goal – was hot. 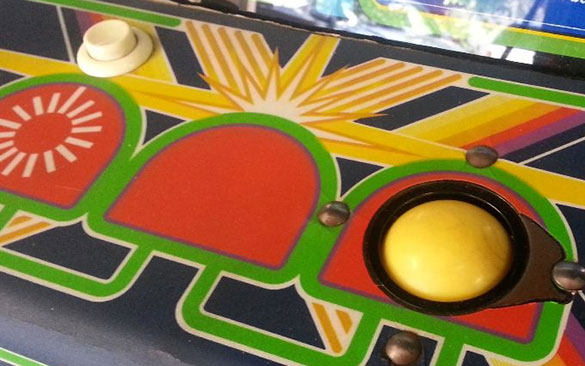 This input device was invented by engineer Ralph Benjamin in the years following World War II. Benjamin intended to use it to replace the joystick on an aircraft tracking system to give users finer control. They were primarily used for aerospace, but in the early days of computer games several arcade games also featured them, most notably Missile Command and Centipede. Because they were relatively expensive to produce, home consoles didn’t have matching peripherals. The basic technology behind the trackball would be incorporated into the original roller-ball mouse. 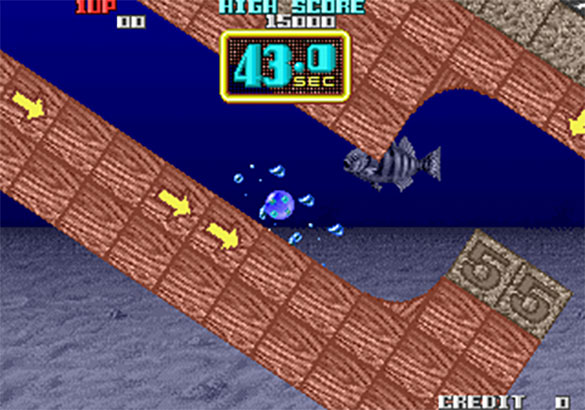 This quirky 1989 game by Taito tasked players with getting a metal ball through a massive labyrinth, but there was one twist, quite literally. You had no direct control over the orb itself. Instead, players could rotate the entire screen to the left or right, letting gravity pull the ball where it needed to go. With a strict time limit and confusing courses, this was a hardcore gamer’s dream. It was ported to home systems in the United States with the inferior title On The Ball. 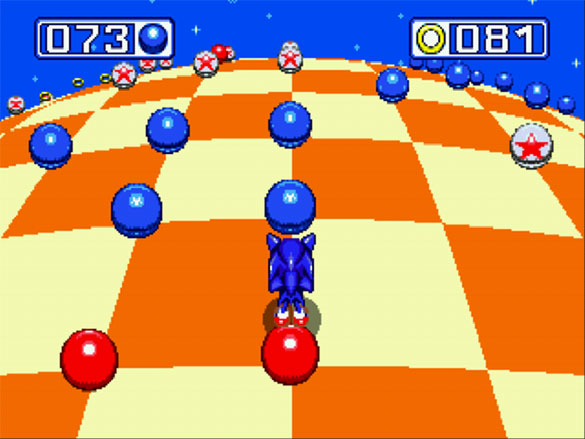 The innovative “lock-on” technology that Sega introduced with Sonic & Knuckles allowed gamers to plug the previous two Sonic games into the cartridge and get extra levels and playtime. But what happened if you plugged in some other game? Press the right combination of buttons and you got Blue Sphere, one of the most famous hidden games of all time. In it, Sonic must traverse the surface of an enormous checkerboard globe, picking up the titular orbs while avoiding red ones. It’s a lot of fun and worth the effort it takes to discover it. 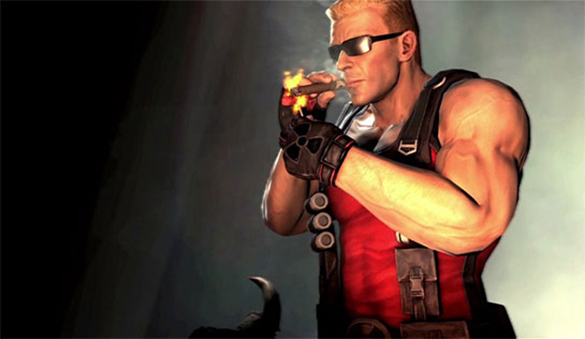 Early first-person shooter protagonists didn’t have a lot of personality – they were essentially walking guns. That all changed when Apogee released Duke Nukem 3D in 1996. The Duke had previously starred in a pair of side-scrolling action games, but the advances in technology that transplanted him into 3D space also endowed him with a set of vocal chords. Duke’s spoken reactions to the world around him have become iconic parts of video game history, but no quip will stand the test of time quite like his boast of “I’ve got balls of steel.” 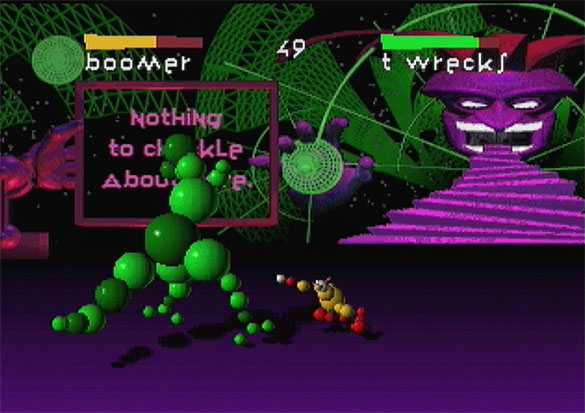 Fighting games were all the rage in the 1990s, but most of them followed a pretty basic visual design: humanoid characters duked it out with fists, feet and special attacks on a 2D plane. The quirky Ballz 3D for the Sega Genesis and Super Nintendo threw realism out the window, featuring a cast of characters entirely made out of spheres in a pseudo-3D plane. It’s a concept that doesn’t quite work, but for the level of innovation and guts that designers PF Magic brought to the table, it earns a spot on the list. PF Magic would continue to experiment with a number of virtual pet titles. 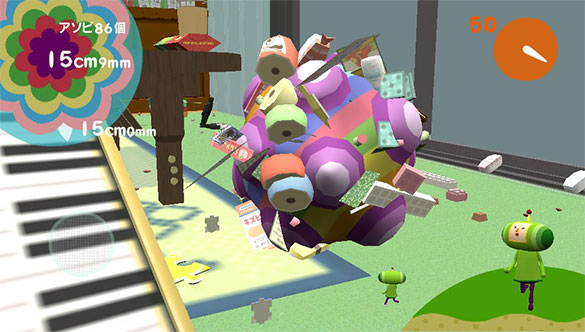 What’s the best thing about balls? They roll, of course. And rolling balls has never been as fun as it was in 2004’s Katamari Damacy. The brainchild of quirky designer Keita Takahashi, the PlayStation game put you in the shoes of the Prince of the Cosmos, ordered to use a sticky ball to roll up all kinds of debris all over the Earth. As you accumulate clutter, your ball grows bigger and bigger until eventually you’re able to suck up skyscrapers and even continents. Now that’s a ball that’s got some power to it. 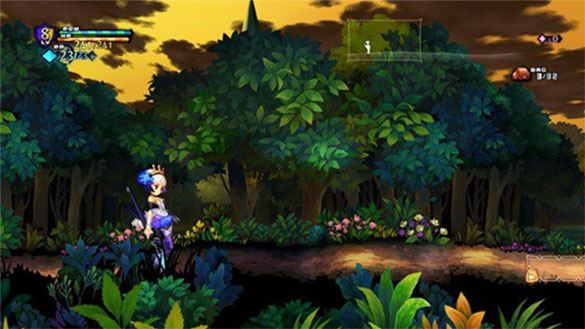 “Sphere” is just a fancy science way of saying “ball,” so naturally Vanillaware’s gorgeous 2007 action role-playing game gets a spot on this list. The Japanese developer has earned a reputation for their incredibly detailed hand-painted graphics, and they’re on full display in this adventure. The innovative difference in the beat-em-up action comes with the curious level design – instead of being arranged on a flat, linear plane, you’re busting goblins and demons on the surface of a circle, and can wrap around from one “end” to the other.

We touched on the trackball controller earlier in the article, but very few games have used it in the modern era. That is, until Butt Sniffin’ Pugs came along. The indie title uses a customized spherical input device decorated to look like a giant tennis ball. With it, you can guide your pixelated pug avatar around an idyllic landscape of squirrels, birds and other dogs. Mark territory by peeing, get playful or flirty with other canines, and generally do whatever a butt sniffin’ pug wants to do. 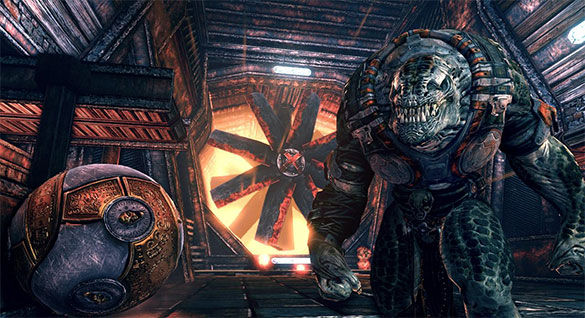 Teotl Interactive’s simply-titled 2012 game puts you in command of a massive sphere of destruction. The reason The Ball lands on our best balls list is that ball handling is the most important thing you can learn how to do – very consistent with our site mission of frequent testicular checks. As an archaeologist trapped in an underground city, you use an ancient artifact to attract and repel a huge metal ball, solving puzzles and smashing enemies as you go. 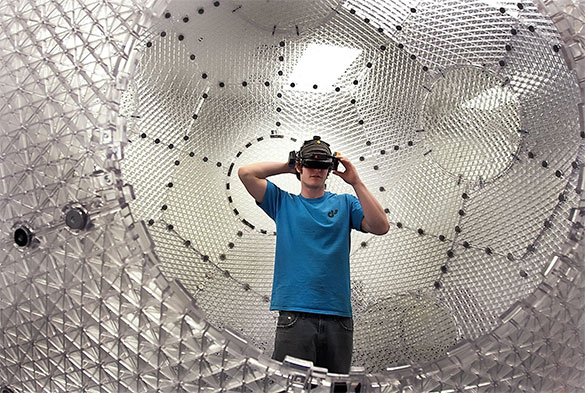 If you follow video games at all, you know that virtual reality is the next big thing. Consumer units like the HTC Vive and the Oculus Rift are hitting the market at relatively affordable prices, and a new age of immersion is upon us. One piece of technology that could help with that – or make you vomit uncontrollably – is the Virtusphere. It’s a hollow sphere ten feet in diameter that spins and turns freely on a special platform, allowing you to run, jump, dive and roll without crashing into the furniture. It’s still a little too expensive to bring one home, but can you imagine how intense your CoD sessions would be in this thing?