Betty White Never Told You To “Grow Some Balls” 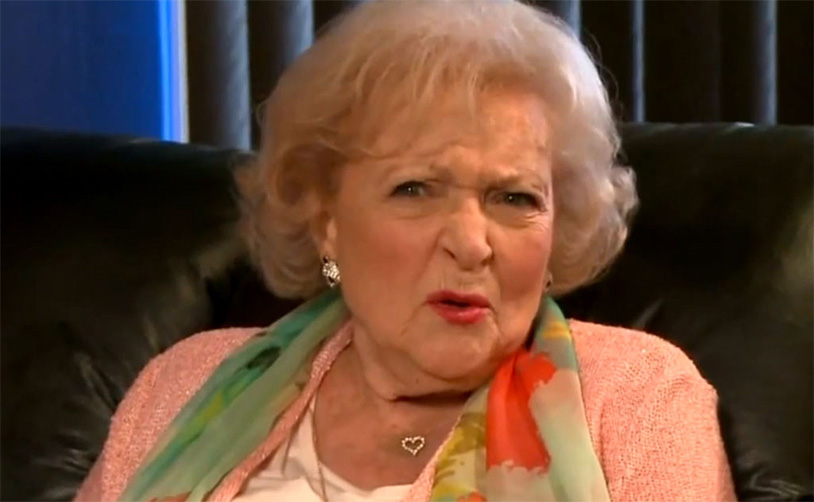 We all know not to believe anything you read on the Internet. It’s so easy to spread disinformation that nobody is safe – not even Betty White. The Golden Girls actress recently spoke to a reporter about a quote that has been attributed to her for almost half a decade. You probably saw it as an image macro on your Facebook wall – it goes something like this:

“Why do people say “grow some balls”? Balls are weak and sensitive! If you really wanna get tough, grow a vagina! Those things take a pounding!”

We first saw this quote hitting social networks in 2011, and we have to disagree with the premise right off: balls, although they can be sensitive, are anything but weak. Testicles are remarkably tough, considering how much work they do. But when the Guardian talked to White, she immediately disavowed ever saying those words.

“That’s what I hate about Facebook and the internet. They can say you said anything. I never would have said that. I’d never say that in a million years.”

Snopes, the kings of debunking, have the rundown on how this misquote came to be, as well as the origins of the original joke. Like many funny lines, it’s hard to trace back to the originator but it might be an NYC standup named Sheng Wang. How it got on the Internet and attributed to Betty White, though, is anybody’s guess.