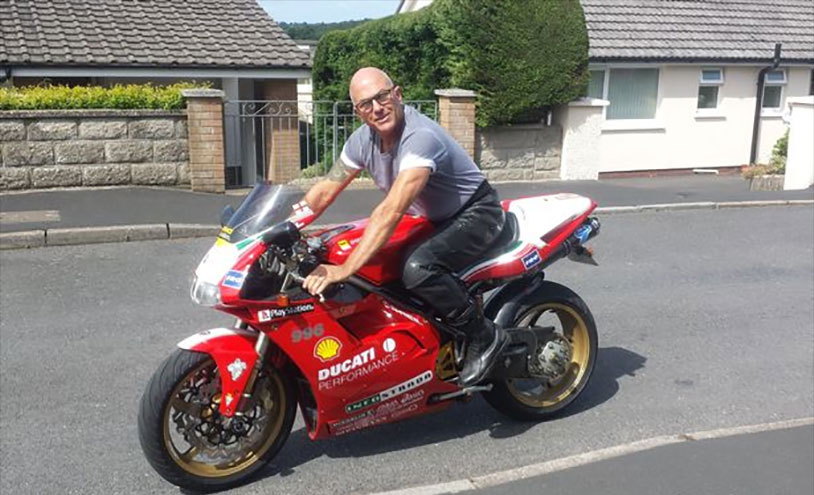 The first few minutes after an accident can mean the difference between life and death, so the brave EMTs and other personnel who hit the scene are vital. Just ask Barnstaple biker Andy Bennett, who just made a public statement thanking the people who helped him after a motorcycle accident left him with a crushed testicle.

Bennett was riding down Manteo Way in Bideford near Old Barnstaple Road on Monday morning when a car pulled out suddenly from an intersection, giving him no time to react. He collided with the vehicle and was thrown off his motorbike. Thankfully, people were on the scene to help out and get him to hospital.

In his statement, the biker wrote “It was amazing what these people did for me. They kept me conscious, reassured me, checked my body for serious damage and held on tightly to my hand telling me everything was going to be ok.

“Human nature was just amazing and very touching as l was a complete stranger to them – it was absolutely fantastic.

“l have managed to track down some of you, l sincerely wish l could thank you all personally.”

At the hospital, Bennett was patched up, with the biggest injury being to his genitals. He’s expected to make a full recovery.