Billy Joe Saunders Does Not Have A Ruptured Scrotum 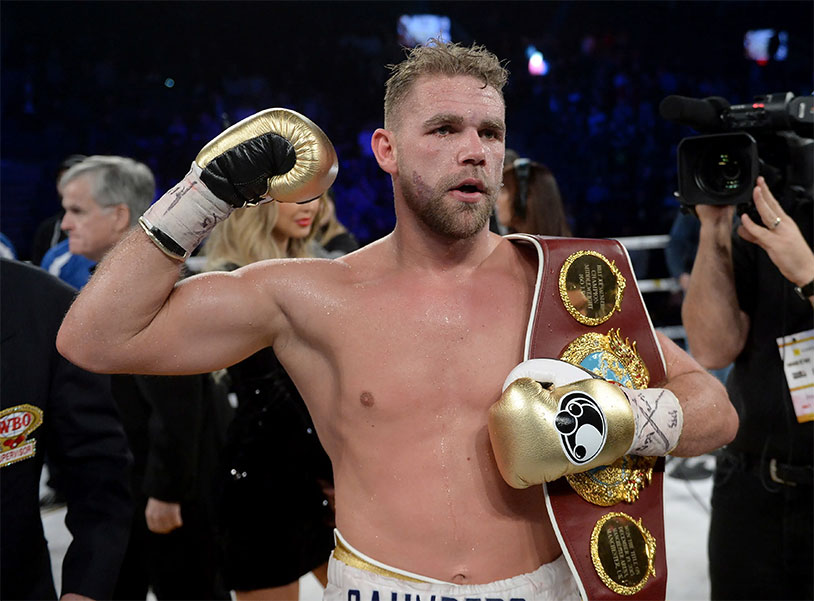 Boxers can claim all sorts of ailments to get out of fights, but this one’s new to us. Billy Joe Saunders is the WBO super-middleweight champion and he’s on a collision course with Saul “Canelo” Alvarez on May 8th. That fight is one of the most widely anticipated of the year and is sure to be a barnburner, so people freaked out on March 12 when Saunders tweeted that he’d ruptured his scrotum.

Saunders is a pretty fascinating figure – the first boxer from the Romani travelers community to be a two-weight world champion, and a definite troublemaker. So it wasn’t long before the media started reaching out to promoter Eddie Hearn for confirmation. Naturally, the story turned out to be bunk and Saunders’ ballsack was in prime condition.

When he first announced that the fight was signed, Saunders posted an Instagram video of himself wearing an apron with a nude man’s body – bait and tackle included – printed on it, so he’s no stranger to scrotal shenanigans. Canelo, on the other hand, isn’t looking past his opponent, stating “He’s a very difficult fighter. We need to go for him.” We’ll see how serious Billy Joe gets in the ring on May 8th.