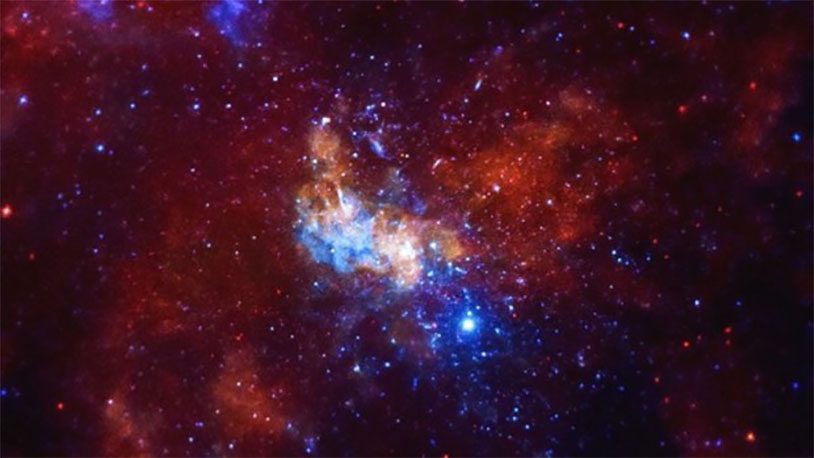 Space is a hell of a place, and there’s all sorts of crazy stuff happening out there. Let’s zoom in on one such crazy item, a massive black hole located at the center of our galaxy named Sagittarius A*. Sag A is a gravitational vortex of unimaginable power, and when stars or other celestial objects get too close to it they’re torn to shreds.

But unlike the previous conception of black holes – that they absorb matter and energy and shunt it off to some unknown place – this one is behaving somewhat differently. The stars that enter its vortex are being torn apart, true, but then some force is balling them up into masses the size of Neptune and shooting them back off into the galaxy at 200 million miles an hour.

This is all totally theoretical, but calculations by Harvard undergrad Eden Girma make a very strong argument for what’s happening. Observing these gas balls is virtually impossible, because it’s difficult to pinpoint their origin. But a few of them are thought to still be within the Milky Way.

Read more about this bad-ass black hole at Gizmodo.