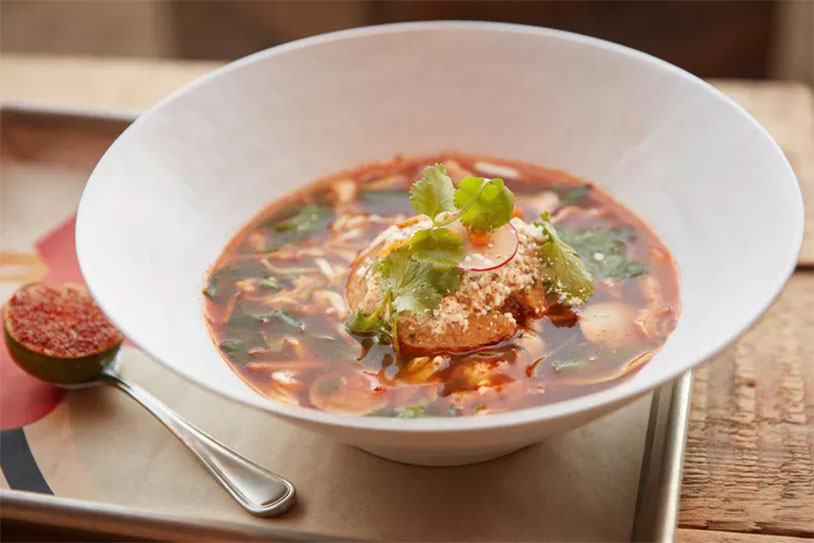 Mixing cultures is a great way to make good food, and when you put two things together you can get some real magic. Case in point: this recipe that takes Mexican and Jewish cuisine and fuses them to create matzo ball posole.

Posole is a traditional Mexican soup that’s made with kernels of hominy – corn that has been treated with an alkaline substance in a process called nixtamalization to make it large and easily preserved. The soup is typically made with some kind of slow-simmered meat and garnished with sliced radishes, cilantro and avocado.

This recipe from San Diego restaurant The Crack Shack chef Jon Sloan takes the hominy out and replaces it with something equally hearty – the traditional Jewish matzoh ball. That changes the consistency of the soup entirely – instead of evenly-distributed bits of corn, you have a big delicious orb of dough to break apart and soak up the intensely spiced broth. We’re off to the grocery store to pick up the ingredients for this puppy and will let you know how it goes.

Read more and get the whole recipe at Tasting Table.