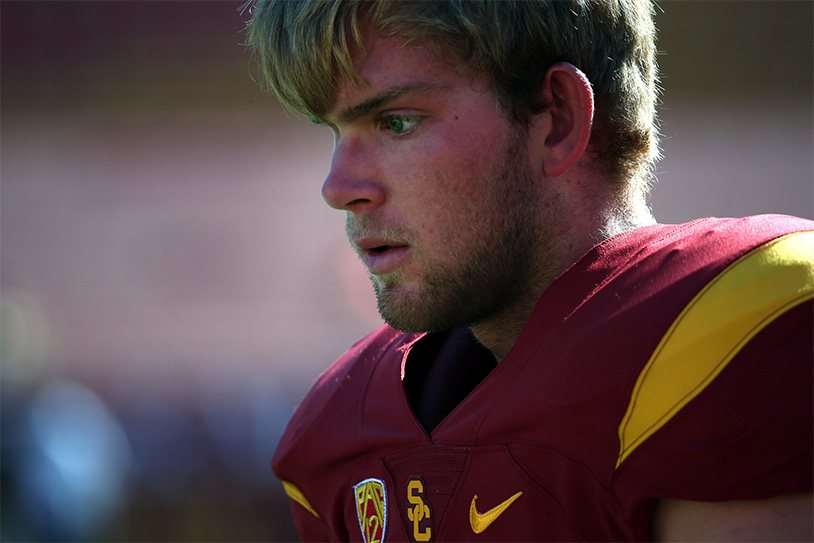 Every year, hundreds of new college football prospects make their debuts out of high school, looking to not only fund their education but also lead their schools to victory. This year’s University of Southern California / Western Michigan game featured a first game from a very unusual player. Jake Olson hit the field as a long snapper for USC. The thing you need to know about Jake is that he is completely blind.

As a toddler, Jake was diagnosed with retinoblastoma, a type of eye cancer that can have serious repercussions. He lost one eye at 10, and the second at 12, rendering him blind. Even though he lacked one of his essential senses, Olson never gave up on his dreams. In addition to football, he also pushes himself to be competitive at golf, and landing a spot on USC’s pigskin team is an incredible achievement.

Olson was brought in for the snap and pulled it off with aplomb, getting it to the kicker for the extra point touchdown that won USC the game. You can watch video of the emotional moment below.

While Olson’s spot on the team isn’t a regular one, it’s still incredible to see him take the field. What an accomplishment, and we’re sure we haven’t heard the last from this brave young man.