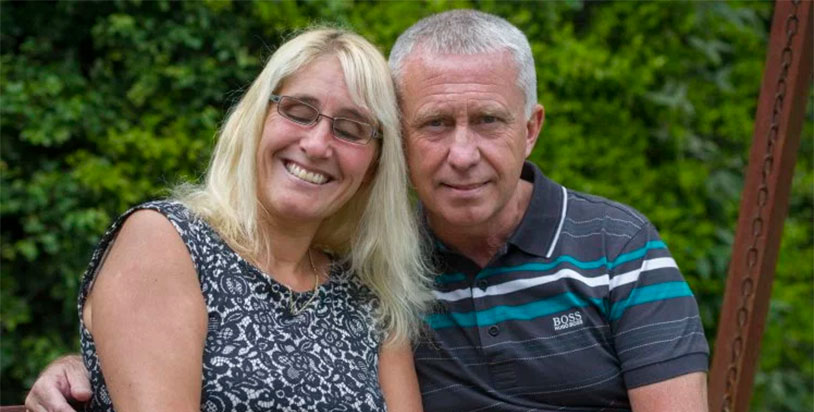 When you’re afraid for your life, grabbing an attacker’s balls can be a good way to defend yourself. But in the case of blind English woman Angela Green, it can lead to a comedy of errors in the court that gets you locked away for almost a day.

The former bank worker, 48, was having a casual drink at a pub in Merseyside with her husband in 2014 when the cops were summoned to deal with a disturbance. Things escalated quickly and one officer claims that she “gouged at his arm” in the melee. He took her down to the ground to immobilize her, at which point she allegedly retaliated by gripping his groin hard enough to cause “soft tissue inflammation.”

How exactly a blind person could zero in on a police officer’s groin from a position on the floor is a mystery, and Green vociferously denied attacking the officer. Metro has the whole story. Both Angela and husband Michael were taken to the St. Helens jail and held overnight, a rough experience for the duo.

They were released the next morning without charges, which is very unusual when a police officer has allegedly been assaulted. The experience was very difficult for the Greens, and they immediately consulted a lawyer to ask about their options. The lawyer recommended bringing a suit against the police department for both the overnight stay and not adequately making accommodations for Angela’s blindness.

The police department opted to settle the suit before it went to court, and although we don’t know the details of the payout, we can hope the Greens were well-compensated for being accused of a blind bar ball brawl.