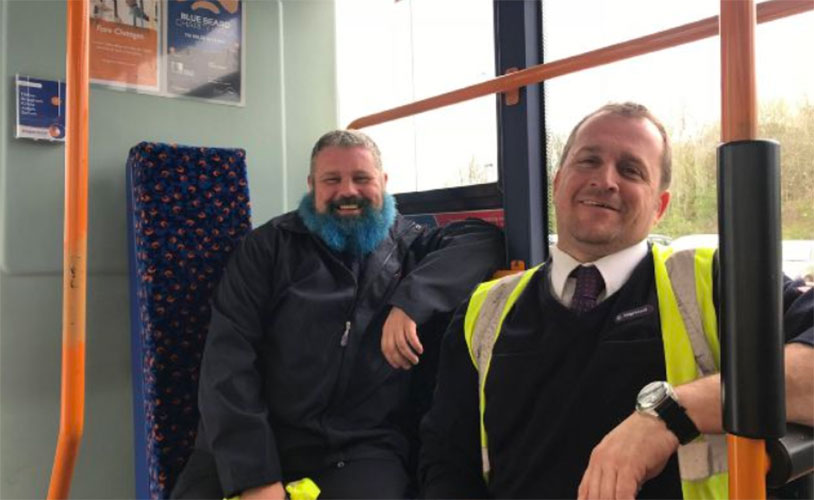 We’re all about honoring survivors of testicular cancer who want to raise awareness, and this British bus driver definitely deserves it. Bus driver Dez Gawne noticed a strange lump in his groin last summer, but put off going to see his doctor for a little bit. Once he did, though, he discovered that he had stage 1 testicular cancer. Within weeks, he was getting surgery and although his prognosis is good he will need to be checked every few months for the next decade.

The ordeal had a serious impact on the bus driver, who decided that he needed to do everything he could to bring awareness to the disease. He’s dyed his bushy beard blue and plans to walk from Whitby to Walney along rural roads, meeting people and talking about checking ’em.

The blue beard isn’t just an aesthetic choice – Gawne uses it as a conversation starter, telling anyone who asks that he started coloring it after his surgery. On the 130 mile walk, he’ll be trailed by a camper van with a crew documenting his progress. His journey is scheduled for July 7 of this year, and we’ll check in with him when the date draws near.

Read more at the Evening Mail.